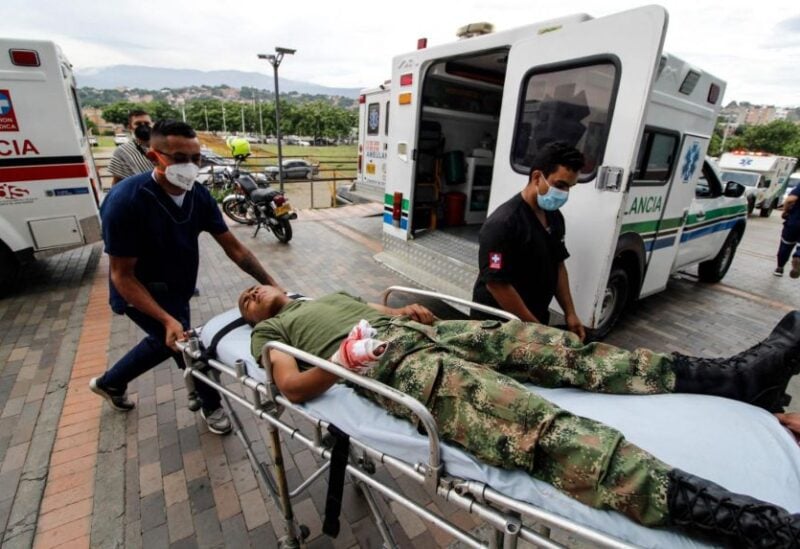 On Tuesday, a car bomb exploded at a military base in Cucuta, Colombia’s border city, injuring 36 people, according to the defense minister, who blamed the incident on Marxist rebels.

The blast occurred at a base utilized by the 30th Army Brigade on the city’s northeastern outskirts, close the Venezuelan border.

“We reject and condemn this heinous and terrorist act that aimed to assassinate Colombian soldiers,” Defense Minister Diego Molano told reporters. “A total of 36 persons were hurt. Three of them have a certain gravitas.”

According to Molano, one of the injured has undergone surgery, while 29 others are in the hospital.

Two males entered the base in a white Toyota pickup, posing as authorities, he added, adding that there were two explosions.

In the sometimes-tense Norte de Santander province, where the 30th Brigade works, the ELN, FARC dissidents, and criminal groups are all present.

“The initial hypothesis is that the ELN are behind this demential and vile act,” Molano said. “Also being investigated is the involvement of FARC dissidents.”

The injury toll could have been higher but most personnel were in preventative isolation because of coronavirus, a high-ranking official told Reuters earlier on Tuesday.

On Twitter, President Ivan Duque announced that he would fly to Cucuta to meet with military leaders and municipal officials.

After the incident, social media images showed what seemed to be US military soldiers on the base. Hundreds of US advisors are stationed in Colombia, but a request for comment from the US military’s Southern Command was not immediately returned.

The government blamed FARC dissidents for a vehicle bomb attack that injured more than 40 persons in Cauca province in March.

A vehicle bomb attack by the ELN on the police academy in Bogota in 2019 killed 22 people and put an end to fledgling peace talks between the group and the government.