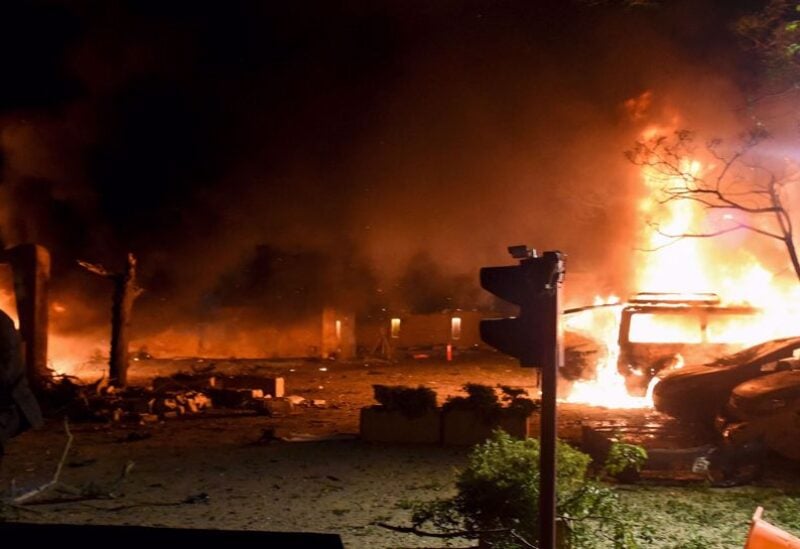 Pakistani Taliban claim responsibility for the attack on a hotel where the Chinese ambassador was staying in Balochistan.

At least four people were killed and several others were wounded in Pakistan after a powerful car bomb exploded at a luxury hotel where the Chinese ambassador to the country was reportedly staying in the southwestern city of Quetta.

Police official Nasir Malik said the blast took place at the parking area of the Serena Hotel in the capital of Balochistan Province, which borders Afghanistan and Iran, on Wednesday.

Pakistan’s Interior Minister Sheikh Rashid Ahmad said, “A car that was full of explosives exploded in the hotel,” adding that, “At least four people have been killed and 12 others were injured.”

An official at a local civil hospital also confirmed that four people had died, adding that “several others are in critical condition.”

Ahmad further said China’s Ambassador to Pakistan Nong Rong was staying at the hotel, but was out for a meeting when the explosion took place.

Provincial government spokesman Liaquat Shahwani said in a post on Twitter that Nong had met provincial Chief Minister Jam Kamal in the city earlier in the day.

“I just met him. He is in high spirits,” Lango told reporters, adding that the envoy would complete his visit to Quetta on Thursday.

The Tehreek-e-Taliban Pakistan (TTP) later claimed responsibility for the bombing in a text message sent to a Reuters reporter.

But it was not clear whether the envoy or members of his delegation were the target.

Pakistan’s restive and mineral-rich Balochistan Province is rife with violence and has been the scene of several bomb and gun attacks over the past years.

Baloch separatist groups and militants in the province have also been engaged in a decades-long campaign against the central government.

Despite frequent offensives by the Pakistani army, acts of terror by militants continue to target security forces as well as civilians.

Thousands of Pakistanis have lost their lives in bombings and other militant attacks since 2001, when Pakistan entered into an alliance with the United States in Washington’s so-called war on terror. Thousands more have been displaced by the wave of violence sweeping the country.