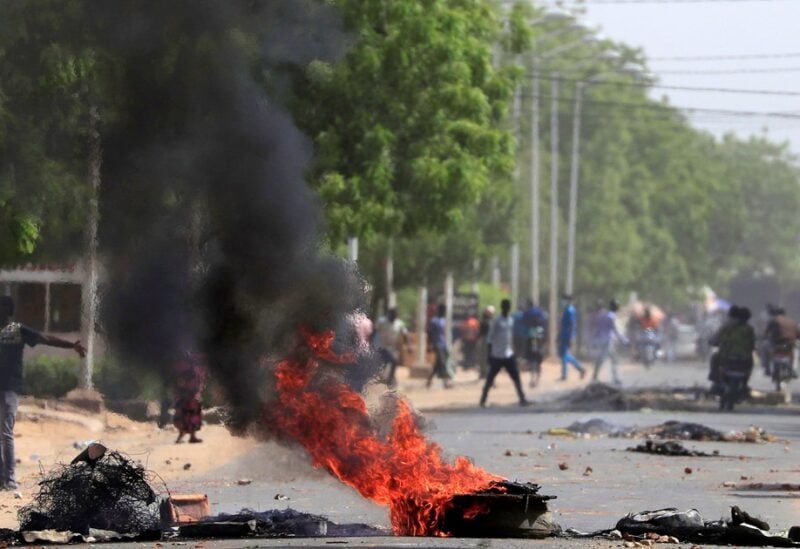 Chad’s Army battled with rebels on Thursday near the town of Nokou, about 20 km (12 miles) from where Former President Idriss Deby was fatally wounded 10 days ago, rebels and the army said.

Deby was killed on April 19 as he visited troops fighting Libya-based rebels from the Front for Change and Concord in Chad (FACT), which opposed his 30-year rule. A military council headed by his son took control of Chad after his death, a move which opposition politicians have condemned as a coup.

The military council has said they intend to hold elections within 18 months.

The rebels issued a statement on Thursday saying they had taken control of Nokou, center of the north Kanem district and located some 300 km from the capital N’Djamena, after destroying an army attack helicopter that had bombed their position.

However, a spokesman for Chad’s ruling military council told Reuters that Nokou remained under the control of government forces. He also confirmed that rebel positions had been shelled.

Earlier this week Chad’s capital and its second-largest town Moundou experienced violent protests. At least six people were killed in clashes between security forces and demonstrators protesting against the military takeover.

More than 650 people were arrested during the protests were formally arraigned at the N’Djamena courthouse on Thursday, a magistrate at the court of appeals told Reuters.

Meanwhile efforts to find a political solution to the crisis are underway. Representatives of the African Union arrived in Chad on Thursday for a seven-day fact-finding mission to support an investigation into the circumstances of Deby’s killing.

The team will also “examine strategies to facilitate a rapid return to constitutional order and democratic governance, while preserving Chad’s security and territorial integrity,” the African Union said in a statement.

Albert Pahimi Padacke, who the military council appointed prime minister of a transitional government, met with the French and U.S. ambassadors on Wednesday to discuss efforts to form a unity government and a potential timeline for holding fresh elections.