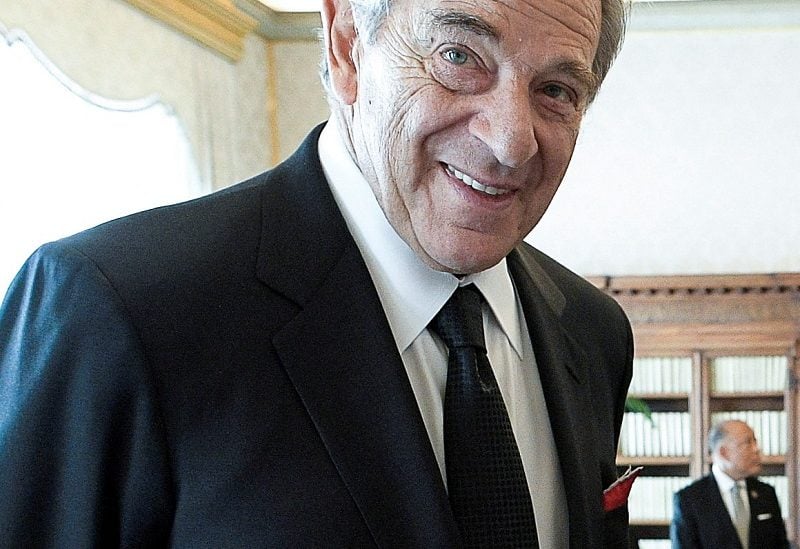 FILE PHOTO: Paul Pelosi, husband of U.S. Speaker of the House Nancy Pelosi, meets Pope Francis with his wife at the Vatican, October 9, 2021. Vatican Media/­Handout via REUTERS ATTENTION EDITORS - THIS IMAGE WAS PROVIDED BY A THIRD PARTY/File Photo

David DePape- 42- the man who allegedly broke into the home of US House Speaker Nancy Pelosi and attacked her husband, has been charged by the American officials.
Federal officials on Monday charged DePape— a Bay Area nudist activist who has been been linked to online posts about the QAnon conspiracy theory — with attempting to kidnap a US official and assaulting her family member.
Hours later, San Francisco District Attorney Brooke Jenkins announced a slew of additional state charges including attempted murder, residential burglary, assault with a deadly weapon, elder abuse, false imprisonment of an elder as well as threats to a public official and their family.
“This house and the speaker herself were specifically targets,” Jenkins told reporters.
She said DePape wanted to hold the Democratic leader hostage and “break her kneecaps” to make an example of her for other politicians.
The federal charges carry a maximum sentence of 50 years in prison. DePape faces up to 13 years in prison if convicted on the state charges.
Attack was premeditated — investigators
Jenkins said that investigators believe Depape had planned the attack in advance and that it was “not something that he did at the spur of the moment.”
The Justice Department said DePape was found to have tape, rope, zip ties and other materials with him.
According to a court affidavit filed by the FBI, DePape told investigators: “By breaking Nancy’s kneecaps, she would then have to be wheeled into Congress, which would show other members of Congress there were consequences to actions.”
When he arrived at the home to find that Nancy was not there, a struggle ensued in which DePape allegedly stuck Paul Pelosi in the head with a hammer.
DePape told police he did not flee the scene after Pelosi called 911 because “much like the American founding fathers with the British, he was fighting against tyranny without the option to surrender.”
The 82-year-old venture capitalist is expected to make a full recovery from the attack, doctors said
He is being treated for skull fractures and injuries to his hands and right arm.
On Twitter, Nancy thanked Americans for the “deluge” of supportive messages in the wake of the attack.
“Thanks to the excellent team at the Zuckerberg San Francisco General Hospital and Trauma Center, Paul is making steady progress on what will be a long recovery process,” she said.