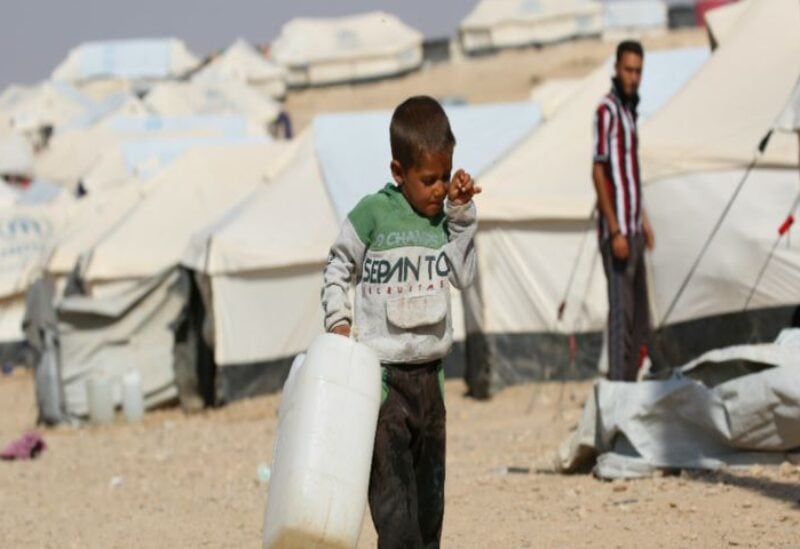 About 7,000 children of suspected foreign extremists housed in overcrowded detention camps in northeast Syria are at risk of attack and must be repatriated, an aid organization warned Wednesday.

Since the ISIS group’s 2019 territorial defeat in Syria, around 56,000 relatives of defeated extremists have been detained in the Kurdish-controlled Al-Hol and Roj camps.

“These children are trapped in desperate conditions and put at risk on a daily basis,” said Matt Sugrue from Save the Children, a charity working in the camps. “There is no time to waste”.

The camps are administered by the Kurdish-dominated Syrian Democratic Forces, with more than 10,000 foreigners from around 60 countries held in a separate section.

In 2021, 74 children died in Al-Hol, eight of them killed, according to Save the Children.

Last month, the United Nations condemned the “brutal murder” of two Egyptian girls whose bodies were found in sewers at Al-Hol, and the charity Doctors Without Borders described the camp as “a giant open-air prison”.

A record 517 women and children were repatriated in 2022, representing a 60 percent increase from the year before, but Sugrue called for these efforts “to be sustained and stepped up”.

“At the rate foreign governments are going, we will see some children become adults before they are able to leave these camps and return home,” he said.

A total of 1,464 women and children have so far been repatriated to their home countries since 2019, according to Save the Children.

“It breaks my heart to see my children growing up in this place, deprived of an education,” said 32-year-old Mariam, a Tunisian mother of five living in Al-Hol, whose testimony was recorded by Save the Children.

Syria has been devastated by more than 11 years of brutal conflict and large areas of the country remain outside of government control.

Kurdish authorities in the northeast have repeatedly called on countries to repatriate their citizens, but foreign governments have mostly received them only sporadically, fearing security threats and a domestic political backlash.