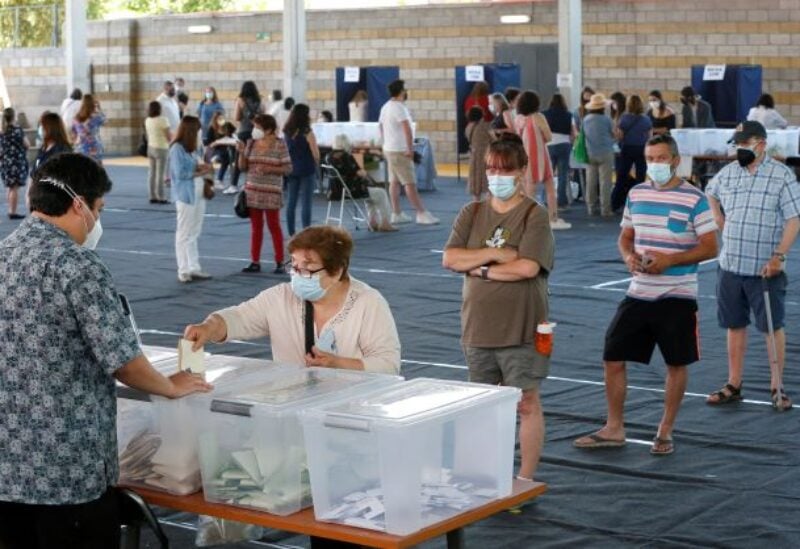 Chileans voted on Sunday in what is widely seen as the country’s most controversial presidential race since its return to democracy in 1990, with an ultra-right-wing former congressman pitted against a leftist who has backed massive street rallies.

Long lineups formed at many voting places as a result of coronavirus-related social distancing rules and relatively high turnout. Some voters said they stood in line for more than two hours in temperatures nearing 90 degrees Fahrenheit (32 degrees Celsius).

“According to the reports we have, there has been solid engagement thus far,” government spokesperson Jaime Bellolio told journalists.

On the right, Jose Antonio Kast, a 55-year-old Catholic father of nine, has promised to crack down on crime and has hailed former dictator Augusto Pinochet’s neoliberal “economic legacy.”

His candor, all-encompassing conservatism, and occasionally eccentric policy proposals, such as building a ditch to stop illegal immigration, have garnered frequent comparisons to former US President Donald Trump and Brazil’s Jair Bolsonaro.

On the left, congressman Gabriel Boric, 35, who spearheaded student protests in 2011 demanding improvements to Chile’s education system, has pledged to abandon the country’s laissez-faire economic paradigm in favor of stronger environmental and indigenous rights. In general, he marks a dramatic shift away from the conservative to centrist views that have dominated Chilean politics for decades.

“The most important thing for me is that we construct a country where people have rights,” said Romario Deluca, 54, as he waited in line to vote for Boric in central Santiago.

“Personal rights, housing, and healthcare, regardless of money.”

The election comes after two years of dramatic, often violent protests by Chileans demanding better quality of life. The protests aided in the ongoing revision of the country’s Pinochet-era constitution and elevated Boric’s candidacy, which he held for much of the race.

However, Kast has benefited from increasing exhaustion among Chileans tired of political turmoil, as well as a general belief that crime is on the rise.

Most polls show Kast winning by a few percentage points on Sunday, although a possible runoff in December would be extremely competitive.

“He’s going to defeat narco-trafficking, which is doing so much damage to our country,” Gloria Reyes Flores, a 66-year-old widower in the upscale Santiago district of Las Condes, said of the right-wing candidate. “He’s also going to control immigration because there are a lot of immigrants who are coming to do harm to Chile.”

One wild card will be the performance of the more moderate candidates. Center-right Sebastian Sichel and center-left Yasna Provoste are both polling between 10% and 15%, at least 10 percentage points back from Kast and Boric. But pollsters say a surprise is still possible given that millions of voters remain undecided.

Barring a shock result, Kast and Boric will be scrambling to pick up Sichel and Provoste voters in a second round scheduled for Dec. 19, making the more moderate contenders potential kingmakers.

If either of the two leading candidates manages to clear 2 million votes, said Kenneth Bunker, director of political consultancy Tresquintos, it could be a good indicator that they have broadened their base sufficiently to win in an eventual second round.

The polls opened at 8 a.m. (1100 GMT) and are scheduled to close at 6 p.m., with results expected shortly thereafter.

Also up for grabs are all 155 seats in Chile’s lower house, 27 of the 50 seats in the country’s upper house and all positions in the nation’s 16 regional councils.