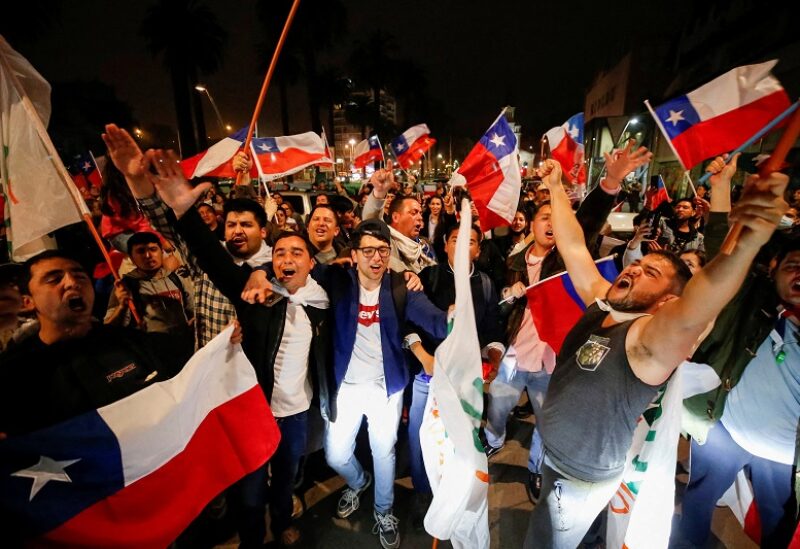 Supporters of "I Reject" option react to early results of the referendum on a new Chilean constitution in Valparaiso, Chile, September 4, 2022. REUTERS/Rodrigo Garrido TPX IMAGES OF THE DAY

The referendum that was conducted in Chile, rejected the new proposed ‘Left-leaning’ constitution that seeks to replace the one adopted during the dictatorship of Augusto Pinochet.

With 82 per cent of ballots counted on Sunday, 72 per cent of votes rejected the new draft compared to just under 38 per cent for those in favour.

The proposed 170-page and 388-article constitution sought to replace the current market-friendly text, and instead focus on social rights, the environment, gender parity and indigenous rights. The need for a new law emerged following the violent protests against inequality in 2019.

The latest result has thrown spanner in the works for Chile’s political establishment which will have to decide the next steps.

The political leaders have pointed out the need to overhaul the current constitution or be entirely replaced. But when and how it will happen is still unclear.

Chile’s leftist president Gabriel Boric reiterated the need for a new constitution, saying that voters should elect a new constitutional convention to draft another proposal and begin all over again, reports The New York Times (NYT).

The proposed Constitution was tipped to be transformative my experts as it would have enshrined over 100 rights into Chile’s national charter, more than any other constitution in the world, including the right to housing, education, clean air, water, food, sanitation, internet access, retirement benefits, free legal advice and care “from birth to death.”

Moreover, it had proposed to eliminate the Senate, strengthen regional governments and allowed Chilean presidents to run for a second consecutive term.

The draft also talked of fighting climate change and protecting Chileans’ right to choose their own identity “in all its dimensions and manifestations, including sexual characteristics, gender identities and expressions.”

According to the NYT report, voters were critical of language used in the Constitution. For example, it had defined Chile as a “plurinational” state, which means 11 Indigenous groups—accounting for nearly 13 per cent of the population—could have been allowed to govern themselves with their own court systems.

Moreover, the Chileans had expressed apprehension on the that proposed document was more “left-leaning”.