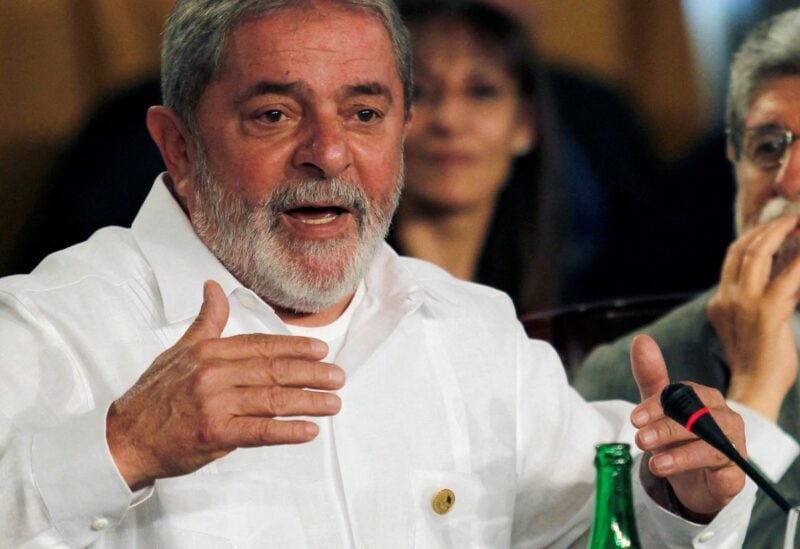 However, a Lula administration would not seek a preferred relationship with China over its strong connections with the United States, the European Union, and Latin American neighbors, according to Celso Amorim, Lula’s former foreign minister.

Early surveys show Lula ahead of President Jair Bolsonaro, but neither has yet confirmed their candidacy, and investors are keen to learn what a Workers Party administration would mean for ties with Brazil’s main trade partner.

In an interview on Friday, Amorim said Brazilian foreign policy would be “pragmatic and not ideological” if Lula returns to power.

“But you cannot ignore the fact that China is the fastest growing economy and will be the world’s largest economy by the end of the decade,” he added.

During the 2018 election campaign, Bolsonaro attacked China, saying it was “buying Brazil,” causing tensions with the Asian power.

The Brazilian president has since toned down his criticism, but some of his right-wing supporters complain he is allowing Latin America’s largest economy to become a “Chinese colony” by not banning China’s telecommunications giant, Huawei Technologies Co Ltd (HWT.UL), from supplying equipment for 5G networks.

According to Amorim, friction with Beijing under Bolsonaro caused delays in obtaining health equipment and active ingredients for vaccines to fight the COVID-19 pandemic. China said at the time that delays were due to red tape following Chinese export regulations.

Brazil has had a strategic partnership with China since 1994, when Amorim first served as a minister.

Brazil’s economic and political ties with China took off under Lula, whose visit there in 2004 included a large delegation of 450 Brazilian business representatives. Amorim was Lula’s foreign minister for his 2003-2010 presidency and served as defense minister from 2011 to 2014 under Lula’s hand-picked successor, President Dilma Rousseff.

Today, the possibilities of cooperation are enormous, Amorim said, as China has become one of the world’s largest sources of investment, and Brazil is the top destination for Chinese investment in Latin America.

The United Sates, particularly during the Trump administration, tried to convince Brazil to bar Huawei, the world’s largest telecoms equipment maker, from the 5G cellphone market on security grounds, alleging it allowed a back door for espionage by China’s Communist government.

Amorim said countries should buy the most adequate and cheapest equipment available to telecom companies, as the Bolsonaro government finally did last year, giving in to pressure from the private sector.

“Brazil has to strike a balance. We can’t place all our eggs in one basket,” he said.

Asked if he would serve again as foreign minister if Lula wins, Amorim said: “Let’s cross that bridge when we come to it.”