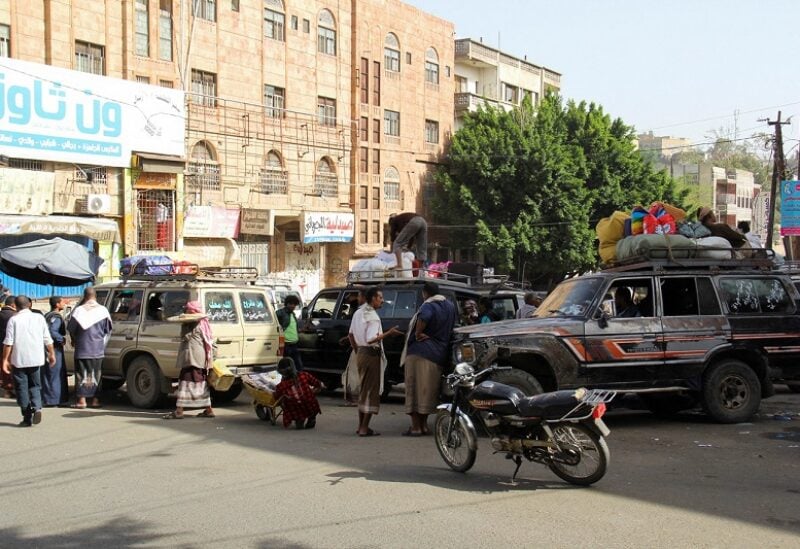 As the leader of Yemen’s Presidential Leadership Council, is traveling to Riyadh to attend an Arab-Chinese summit on Friday, Yemeni experts and officials have called on China to do more to help bring an end to the country’s civil war by helping peace talks and by increasing economic and humanitarian aid.
“Yemen needs China’s assistance,” Najeeb Ghallab, undersecretary at Yemen’s Information Ministry and a political analyst, told Arab News.
“Achieving peace in Yemen is in China’s interest because it will revitalize Yemen’s ports, which would aid China’s Belt and Road Initiative and open the nation to Chinese businesses.”
Ghallab said that can press Iran to cease supplying and funding its proxy militias across the Middle East, including Yemen. “China can persuade Iran to stop supporting its organizations, particularly the Houthis in Yemen,” he said.
The UN Yemen envoy Hans Grundberg’s efforts to end the war have come to a standstill after the Houthis refused to extend a ceasefire that ended in October, and threatened to strike oil infrastructure in regions under government control.
The Houthis have said they would not extend the ceasefire until the government pays public workers in regions the group controls.
Al-Alimi is expected to update President Xi Jinping on Houthi efforts to thwart peace, and to request Chinese assistance to end the conflict and aid Yemen’s recovery.
China has taken a neutral stance from the warring parties for almost a decade but backed international peace measures to bring an end to the conflict.
Beijing typically expresses support for the UN-led efforts to end the war and urges the internationally recognized government of Yemen and the Iran-backed Houthis to achieve peace.
In 2011, China backed the GCC-brokered peace initiative that led to the removal of former Yemeni president Ali Abdullah Saleh after major demonstrations inspired by the Arab Spring.
It voted in favor of UN Security Council Resolution 2216 in 2015, which condemned the Houthi takeover and reduced penalties on Houthi leaders and Ahmed Saleh, the son of the former president’s son.
Samuel Ramani, associate fellow at the Royal United Services Institute, told Arab News, however said that Beijing has maintained a pragmatic and impartial approach to the conflict to retain connections with regional powers, including Iran.

“China wants to balance positive relations with Saudi Arabia, the UAE and Iran, and likely views detachment from the Yemen war as the most effective means of preserving good relations with all regional powers,” he said.

“China is very selective in its engagement in conflict resolution in the Middle East and is unlikely to transfer its somewhat more assertive role in promoting Israeli-Palestinian peace to the Yemeni theatre.”

He added that for the time being, its role will be limited to areas that do not indicate support for any group, such as humanitarian aid and economic investment.