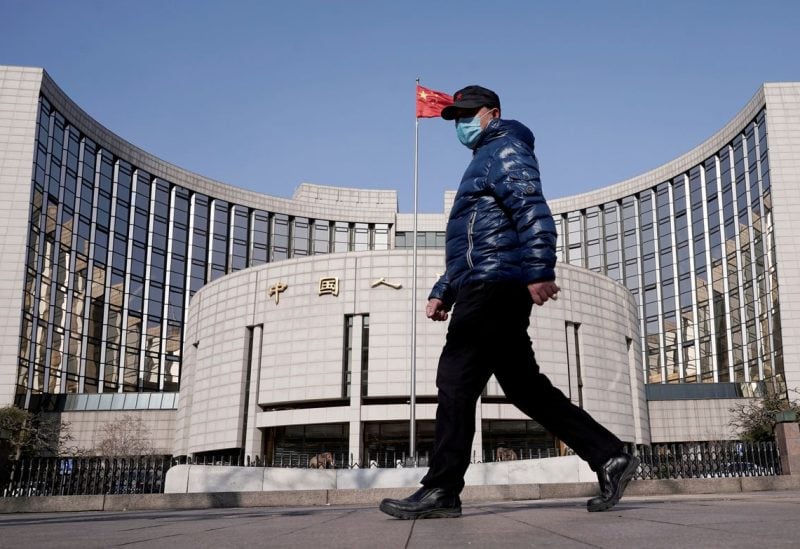 A man wearing a mask walks past the headquarters of the People's Bank of China, the central bank, in Beijing, China, as the country is hit by an outbreak of the new coronavirus, February 3, 2020. REUTERS/Jason Lee

China’s central bank would give financial institutions low-interest loans so they can purchase bonds issued by real estate developers. This is the strongest regulatory help the crisis-hit industry has ever received, according to four people with firsthand knowledge of the situation.

According to the people, who asked not to be identified because they were not authorized to speak to the media, the People’s Bank of China (PBOC) hopes the loans will improve market sentiment toward the heavily indebted property sector, which has lurched from crisis to crisis over the past year, and save a number of private developers.

China has stepped up support in recent weeks for the property sector, a pillar accounting for a quarter of the world’s second-biggest economy. Many developers defaulted on their debt obligations and were forced to halt construction.

The country’s biggest banks this week pledged at least $162 billion in credit to developers.

The PBOC loans, through its relending facility, are expected to be at much lower than the benchmark interest rate and would be implemented in the coming weeks, giving financial institutions more incentive to invest in private developers’ onshore bonds, two sources said.

Terms such as the interest rate on the loans were not immediately known.

The PBOC is also drafting a “white list” of good-quality and systemically important developers that would receive wider support from Beijing to improve their balance sheets, two of the sources said.

The central bank did not immediately respond to a request for comment on the planned measures.

If there were not enough demand from investors for such new bonds, the PBOC would likely step in to provide liquidity via the relending facility for the rest of the issuance, said one of the four people and another source.

Hong Kong’s Hang Seng Mainland Properties Index was up as much as 4.7% on Friday, adding 1 percentage point after Reuters reported the PBOC moves. China’s top developer by sales, Country Garden, was up 10%, CIFI Holdings was up more than 5% and Longfor nearly 4%.

FROM CRACKDOWN TO AGGRESSIVE SUPPORT

Relending is a targeted policy tool the PBOC typically uses to make low-cost loans to banks to support the slowing economy, as the central bank faces limited room to cut interest rates on concerns about capital flight.

The PBOC in recent months has used the relending facility to support sectors including transport, logistics and tech innovation that were hard hit by the COVID-19 pandemic or are favoured by long-term state policies.

Beijing’s aggressive support for the property sector marks a reversal from a crackdown begun in 2020 on speculators and indebted developers in a broad push to reduce financial risks.

As a result of the crackdown, though, property sales and prices fell, developers defaulted on bonds and suspended construction. The construction halts have angered homeowners who have threatened to stop mortgage payments.

Chinese media reported on Monday the central bank planned to provide 200 billion yuan in interest-free relending loans to commercial banks through the end of March for housing completions.

d this month it would widen a programme to support about 250 billion yuan ($35 billion) of debt offerings by private firms.