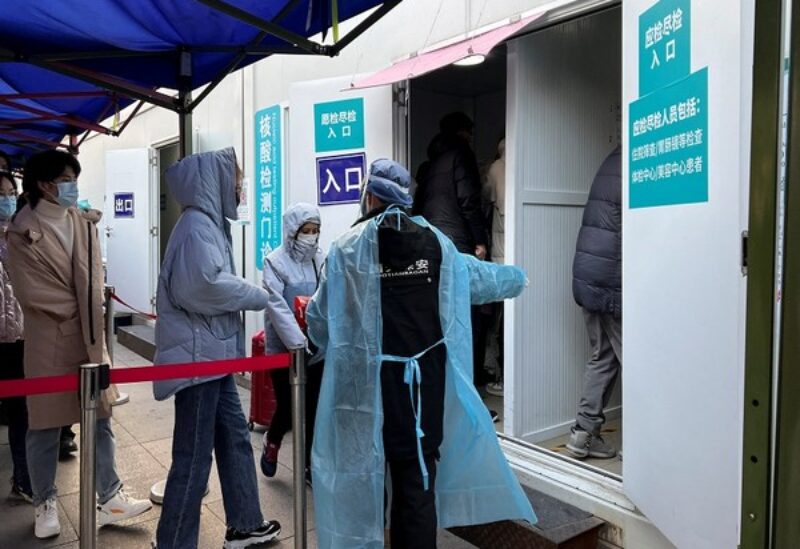 Mainland On Saturday, China reported 1,500 new local COVID-19 infections, the most since the first nationwide outbreak in early 2020, as the Omicron variant prompted Beijing to introduce self-testing kits for the first time.

China’s current case count is far lower than that of many other countries, but the growing number may complicate Beijing’s “dynamic-clearance” goal of quickly suppressing contagion.

The National Health Commission announced on Saturday that it had discovered 476 locally transmitted cases for Friday, including five people who were initially classified as asymptomatic but later developed symptoms.

Domestically transmitted asymptomatic infections, which China does not classify as confirmed cases, increased to 1,048 from 703 the day before.

Beijing has directed its municipalities to adhere to the “dynamic clearing” policy in order to avoid a large-scale rebound, prompting several cities to take steps such as canceling group events, launching rounds of mass testing, and reducing face-to-face classes in schools.

At the same time the country is tweaking its testing regime in response to the spread of the Omicron variant, after having in the past two years required medical workers to swab members of the public using nucleic acid tests that require labs to process samples.

Health authorities said they would allow the general public to buy such kits in stores and online for the first time and on Saturday they approved five COVID-19 antigen kits made by local companies to be used for self-testing.

“In order to deal with how Omicron spreads, we need to promote a model of antigen screening and nucleic acid tests, enable the public to purchase tests by themselves, which is conducive to early detection,” Chinese Vice Premier Sun Chunlan was quoted by state broadcaster CCTV as telling a government meeting on Saturday.

The capital of Beijing was among cities that took steps to tighten measures. The city government said that people entering the city should take nucleic acid tests and avoid joining in group meals or gatherings in the first seven days.

In the financial hub of Shanghai, the Disneyland resort said it would reduce its guest capacity and from Sunday require visitors to present negative nucleic acid test results taken within 24 hours.

The venue for the Canton Fair, China’s oldest and biggest trade fair, in the southern province of Guangzhou has been temporarily closed as it was recently visited by a suspected confirmed case, local authorities said.

The northeastern province of Jilin said on Saturday it had dismissed the mayor of Jilin city and a district head in the capital, Changchun. The province has been one of the hardest-hit regions in the latest outbreak.

Changchun has ordered all but essential businesses to halt operations and banned its 9 million residents from leaving their residential compounds for non-essential reasons. Similar measures have been applied in urban areas of Jilin city.