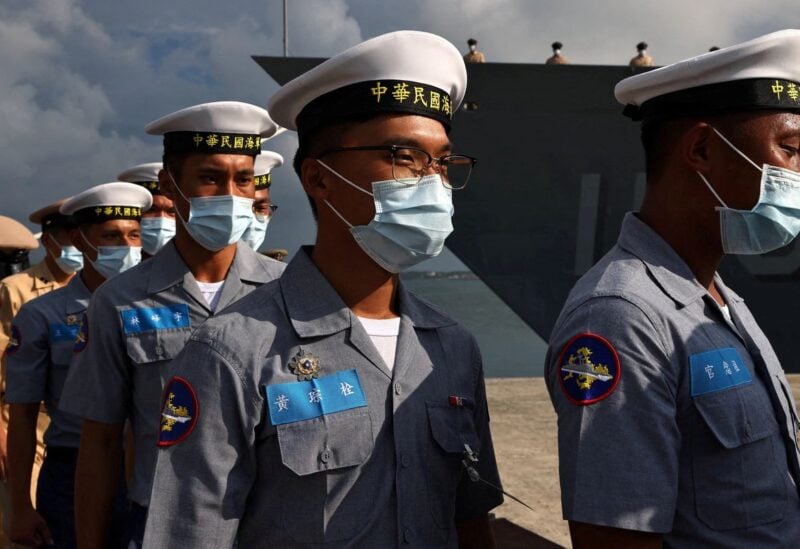 Members of the navy walk to position at a navy base in Penghu Islands, Taiwan, August 30, 2022. REUTERS/Ann Wang/File Photo

President Tsai Ing-wen claimed on Tuesday that the military’s combat abilities had “matured” as a result of having to constantly hustle to repel Chinese forces during recent drills.

In response to what it perceived as a strong American support for the island Beijing claims as its own territory, China held war simulations shortly after U.S. House Speaker Nancy Pelosi’s visit to Taipei last month. Since then, China has kept up its military activities in close proximity to Taiwan.

Speaking to air force personnel at the Hualien air base on Taiwan’s east coast, Tsai said the situation around the Taiwan Strait remained tense and the threat had not gone away.

“In the face of challenges, our national military has calmly responded to the enemy’s intents at intrusion and have tenaciously defended the country’s security,” she said, according to a transcript of the remarks released by the presidential office.

“I believe that after this period of combat readiness missions, our national military’s combat skills are more mature and its combat power is more powerful.”

Tsai added that she was “extremely proud” of the armed forces.

The Hualien base has hangers cut out of the side of a mountain and is home to Lockheed Martin Corp F-16s.

Taiwan’s armed forces are well-equipped but dwarfed by China’s. Tsai has been overseeing a modernisation programme and has made increasing defence spending a priority.

Taiwan has set defence as the theme for this year’s Oct. 10 national day, with the slogan “You and me join together to protect the land and defend the country”, organisers said on Tuesday.

Tsai will oversee a military parade that day and give a key note speech.

Taiwan’s democratically-elected government says that as the People’s Republic of China has never ruled the island, it has no right to claim it or decide its future, which can only be set by Taiwan’s people.

China has never renounced the use of force to bring Taiwan under its control.