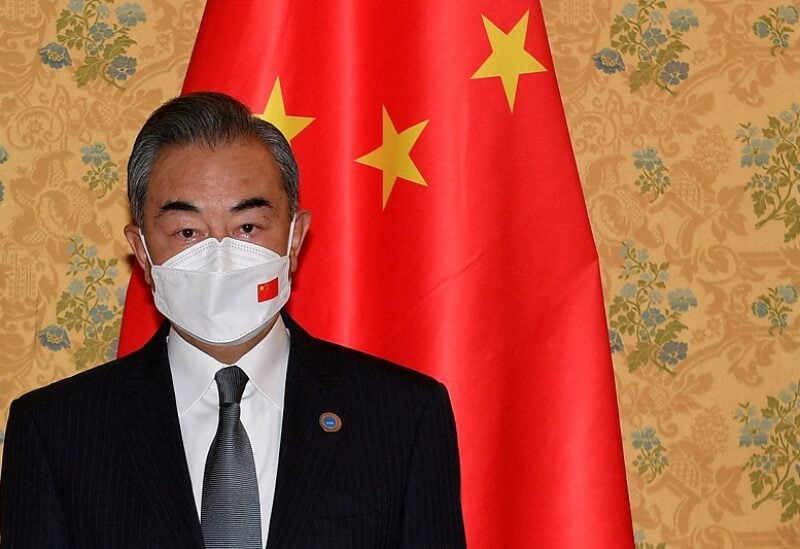 FILE PHOTO: Chinese Foreign Minister Wang Yi poses for a picture prior to meeting U.S. Secretary of State Antony Blinken on the sidelines of the G20 summit in Rome, Italy October 31, 2021. Tiziana Fabi/Pool via REUTERS/File Photo

A wide range of issues from security to fisheries, were dixcussed on Monday via a virtual meeting between Chinese Foreign Minister Wang Yi and the foreign ministers of 10 Pacific nations

Wang hosted the meeting from Fiji’s capital Suva with countries that have diplomatic ties with China.

He said the foreign ministers agreed on five areas of cooperation, which include economic recovery after the COVID pandemic and new centers for agriculture, but that more discussions were needed to shape consensus on security.

“China will release its own position paper on our own positions and propositions and cooperation proposals with Pacific island countries, and going forward we will continue to have ongoing and in-depth discussions and consultation to shape more consensus on cooperation,” Wang told reporters.
China’s proposals to increase its involvement in the security, economy and politics of the South Pacific have led some leaders to question Beijing’s intentions. Wang sought to downplay these concerns, saying cooperation in the region would bring greater harmony.

“Don’t be too anxious and don’t be too nervous, because the common development and prosperity of China and all the other developing countries would only mean great harmony, greater justice and greater progress of the whole world,” Wang said.

Reporters weren’t allowed to ask any questions at the media briefing.

China’s ambassador to Fiji, Qian Bo, said after the meeting that participants had agreed to discuss a regional deal until “we have reached an agreement.”

“There has been general support from 10 countries with which we have diplomatic relations, but of course there are some concerns on some specific issues,” Bo said.

Why is the meeting significant?
China’s foreign minister is currently on a 10-day tour to eight Pacific nations as part of a diplomatic charm offensive in a region it views as critical to its power and security.

Media outlets such as Reuters and The New York Times reported that China had sent a draft communique and a five-year action plan to the countries last week. It had hoped the plan would be adopted following Monday’s meeting in Fiji.

The text showed that China was pursuing a regional and security agreement — which would include greater maritime and cybersecurity cooperation — with countries such as Fiji, Solomon Islands, Kiribati, Samoa, Tonga, Niue, Vanuatu, Papua New Guinea and East Timor.

Reuters reported that the draft communique was opposed by at least one of the invited nations, the Federated States of Micronesia.

Chinese President Xi Jinping said in a written address to the meeting that his country will always be a good friend to the Pacific nations, no matter how the international situation changes, China’s state broadcaster CCTV reported.

Xi said China would work to build a “community with a shared future” in the region.

Australia sends its foreign minister to Fiji
While China maintained that it wished to build upon its historically friendly relations with the countries, new Australian Prime Minister Anthony Albanese said he sent Foreign Minister Penny Wong to Fiji last week because Australia needed to “step up” efforts in the Pacific.

“We need to respond to this because this is China seeking to increase its influence in the region of the world where Australia has been the security partner of choice since the Second World War,” Albanese told Australia’s national broadcaster ABC.

No details of the pact have been released. However, a draft leaked in March stipulated that the Solomon Islands “may request China to send police, armed police, military personnel and other law enforcement and armed forces” and that Beijing could send ships for stopovers and to replenish supplies.

It was the lack of clarity about the agreement that irked Western nations. Mihai Sora, a research fellow at the Sydney-based Lowy Institute’s Pacific Islands Program and a former Australian diplomat to the Solomon Islands, told DW that the “lack of transparency in negotiating” the deal had “an impact on the rest of the region.”

Canberra has expressed concerns that the pact could be a step towards a Chinese military presence less than 2,000 kilometers (1,200 miles) from Australian shores.

The Chinese foreign minister’s meeting with officials on Monday also came on the heels of US President Joe Biden’s in-person meeting with leaders of Japan, India and Australia, or members of the so-called Quad group of nations that are widely seen as a counterweight to China.