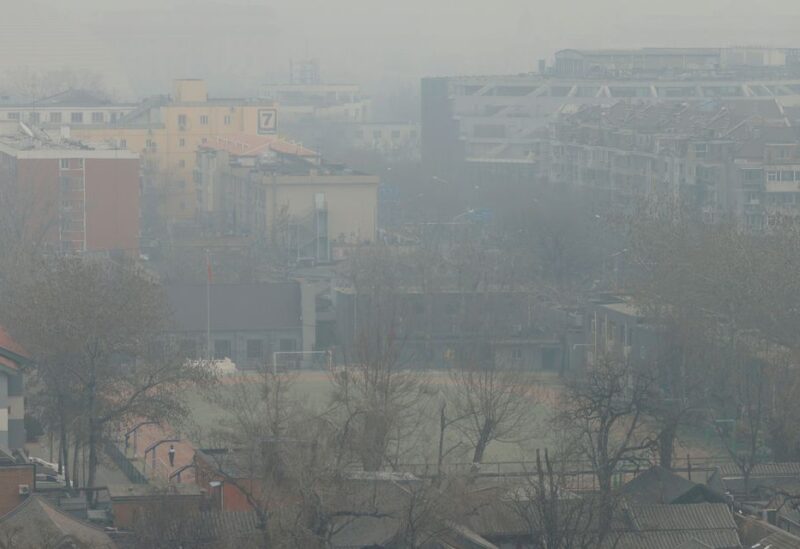 A student stands on a sports field shrouded in smog on a polluted day in Beijing, China on March 10, 2021. REUTERS/Carlos Garcia Rawlins/File Photo

China requires up to $17 trillion in extra investments for green infrastructure and technology in the power and transportation sectors to achieve net-zero emissions by 2060, according to a new World Bank research on China’s climate and development issues.

The second-largest economy in the world, China, would require private investment to cover the enormous cost and unleash the necessary innovations, according to the report, one of a new series of Country Climate and Development Reports.

Climate change poses a significant threat to China, especially its densely populated and economically critical low-lying coastal cities, and unabated climate change could cut its economic output by 0.5% to 2.3% as early as 2030, according to the report, which was released on Wednesday.

“China’s long-term growth prospects are increasingly dependent on rebalancing the economy from infrastructure investment to innovation, from exports to domestic consumption, and from state-led to market-driven allocation of resources,” said Manuela Ferro, the World Bank’s vice president for East Asia and the Pacific.

It would also be impossible to reach global climate goals without China transitioning to a low-carbon economy, the report said, noting that China emits 27% of global carbon dioxide and a third of the world’s greenhouse gasses.

“This transition will require a massive shift in resources, innovation and new technologies to enhance energy efficiency and resource productivity,” the report said.

At the same time, it said China could leverage existing advantanges, including higher returns on production of low-carbon technologies, a high domestic savings rate and a leadership position in green finance.

But it said private-sector participation was “crucial” to ensure China’s path to carbon neutrality, and underscored the need for a more predictable regulatory environment and better access to markets and finance.