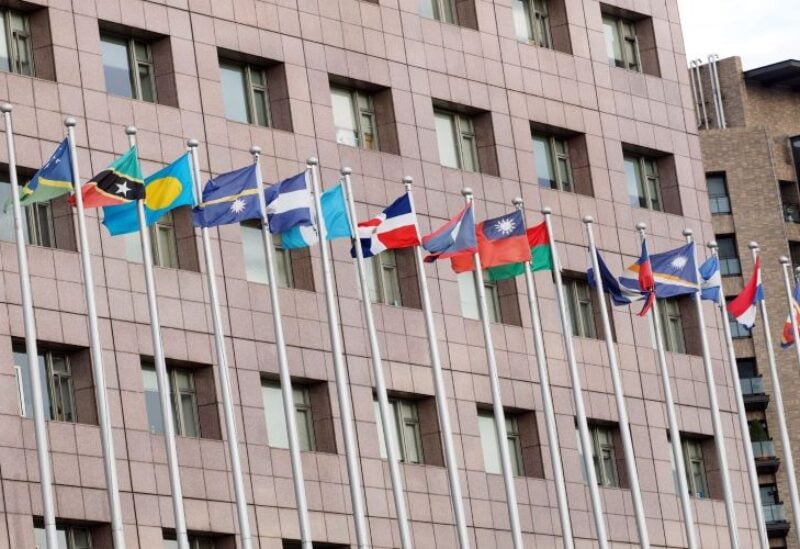 Flags of Taiwan and foreign countries flutter at the Diplomatic Quarter

On Friday, China and Nicaragua re-established diplomatic ties after the country severed ties with Chinese-claimed Taiwan, bolstering Beijing in a region long considered the US’ backyard while angering Washington.

China has upped military and political pressure on Taiwan to acknowledge its sovereignty claims, infuriating the democratically run island, which has consistently stated that it would not be intimidated and has the right to participate in international affairs.

After meeting with Nicaragua’s finance minister and two of President Daniel Ortega’s sons in the northern Chinese city of Tianjin, China’s Foreign Ministry announced the decision, saying the country had taken the “right choice.”

The breach with Taiwan reduces the island’s diminishing pool of international friends and is a setback for the US.

It comes after months of deteriorating relations between Ortega and Washington, and comes on the same day that the US State Department announced sanctions against Nestor Moncada Lau, Ortega’s national security adviser, alleging he runs an import and customs fraud scheme to enrich members of Ortega’s government.

Nicaragua’s decision, according to the US State Department, did not reflect the desire of the Nicaraguan people since its government was not democratically elected.

“We do know, however, that this deprives the people of Nicaragua of a dependable partner in its democratic and economic prosperity,” said spokesperson Ned Price in a statement. “We encourage all nations that respect democratic institutions, transparency, the rule of law, and economic success for their populations to deepen their relationship with Taiwan.”

According to Chinese Foreign Minister Wang Yi, Taiwan’s allies – now only 14 nations – have remained with Taipei primarily due to US pressure.

Nicaragua’s legislature authorized a $100 million loan from Taiwan in 2019, but Taiwan’s Foreign Ministry claimed on Friday that the money, which was intended for economic rehabilitation, was never transferred due to “procedural difficulties with allocation criteria” by the bank, which it did not identify.

‘MARCH INTO THE WORLD’

The government of Taiwan stated that it would not be swayed by Nicaragua’s choice.

Taiwanese President Tsai Ing-wen stated that they will not yield to coercion or modify their resolve to defend democracy and freedom and “march towards the globe.”

“The more effective Taiwan’s democracy becomes, the stronger international backing it receives, and the greater the pressure from the authoritarian camp,” she said in Taipei.

According to a senior Taiwan source acquainted with the topic, the timing is “provocative,” coming during the Biden administration’s Summit for Democracy, which Taiwan is attending, and a week before four referendums on the island, albeit they are on internal concerns such as energy and pig imports.

The previous ambassador was not present at the now-defunct Nicaraguan embassy in Taipei, which was located in the lush district of Tianmu. By the time a Reuters reporter arrived mid-morning, Nicaragua’s flag had been taken down.

Ortega severed connections with Taiwan in 1985, but they were restored in 1990 under then-Nicaraguan President Violeta Barrios de Chamorro.

One Taiwan-based diplomatic source acquainted with the area said the move was not surprising given Washington’s loss of power with Ortega as a result of the sanctions, and that turning to China for assistance and support was a natural course of action.

“It looks that Ortega has had enough,” a Reuters source said on condition of anonymity.

Honduras, another Taiwanese ally, will soon be the focus of attention.

Aides to incoming President Xiomara Castro have stated that she will not establish relations with China, contradicting Castro’s prior statements that she was open to establishing official relations with Beijing.

A second Taiwan-based diplomatic source told Reuters that Honduras would have to “watch this space” to see if it would eventually side with Beijing.

China claims Taiwan is a province with no claim to the trappings of a state.