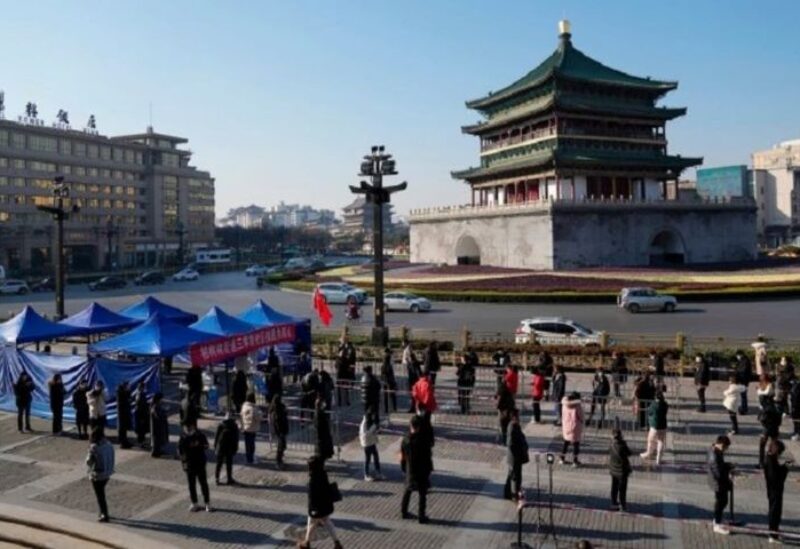 After the authorities’ claim, that mail could be the source of recent coronavirus outbreaks, China’s postal service has ordered workers to disinfect international deliveries and urged the public to reduce orders from overseas.
The move illustrates China’s unrelenting focus on stamping out all coronavirus cases as it prepares to host the Winter Olympics next month, even as experts say the risk of such surface transmission is low.
Multiple small outbreaks in recent weeks — including in Beijing — have tested China’s strict policy of targeting zero Covid cases, which authorities have pursued even as the rest of the world has gradually reopened.
In recent days, Chinese officials have suggested that some people could have been infected by packages from abroad, including a woman in the capital whom authorities said had no contact with other infected people.
She tested positive for a variant similar to those found in North America.
China Post on Monday published a statement ordering workers to disinfect the outer packaging of all international mail “as soon as possible” and requiring employees handling foreign letters and packages to receive booster vaccine shots.
The postal service also asked the public to reduce purchases and deliveries from “countries and regions with a high overseas epidemic risk” and said domestic mail should be handled in different areas to prevent cross-contamination.
The coronavirus is spread through small liquid particles exhaled by infected people.
Both the World Health Organization and the US Centers for Disease Control have said the risk of being infected from contaminated surfaces — known as fomite transmission — is low and becomes less likely as time passes.
The CDC has said there is a 99 percent reduction in virus traces left on most surfaces within three days.
Leong Hoe Nam, an infectious diseases expert at Singapore’s Mount Elizabeth Novena Hospital, told AFP a more likely explanation was the silent spread from asymptomatic people who had received false negatives in initial PCR tests.
“The virus may survive transiently on inanimate objects, but the passage from overseas to China would have been way beyond transient,” he said.
“Repeated testing will help to weed out the virus together with lockdown and contact tracing… but at high cost and inconvenience,” Leong added.
But China — where the virus first emerged in late 2019 — is not willing to take any risks, even more so ahead of next month’s Winter Olympics.
The country uses strict local lockdowns, mass testing and contact-tracing apps to try and eliminate outbreaks as soon as cases are detected.
Millions have been confined to their homes in multiple Chinese cities in recent weeks after cases of both the Delta and omicron coronavirus variants flared.
Recent infections have been detected in areas that receive a high volume of international goods, including in the eastern port city of Tianjin and the southern manufacturing region of Guangdong.
China reported 127 new locally transmitted virus cases on Tuesday.