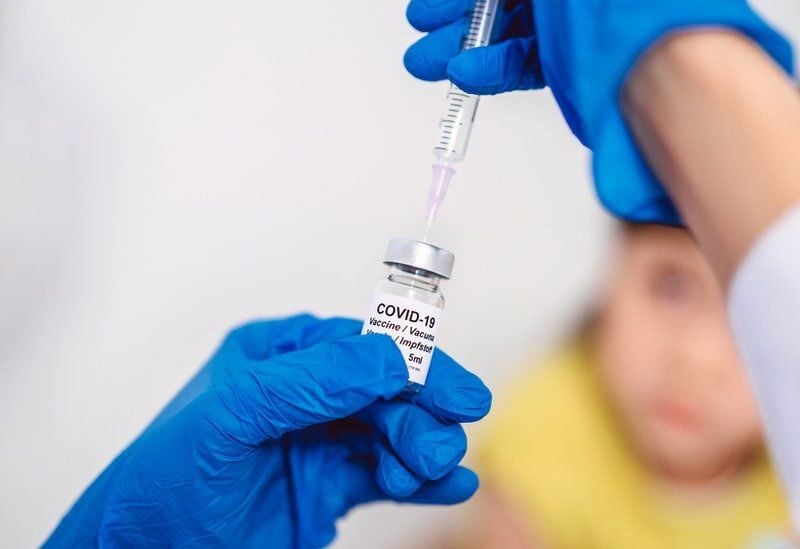 When US President Joe Biden boasted on April 21 that the US vaccination campaign was “unmatched in the world,” China was already poised to pass it. Now, China’s vaccination pace is triple that of the US, with nearly twice as many total shots given out.

China’s COVID-19 vaccination program has swung into full gear, hitting the goal of 10 million vaccine shots per day. However, not only is China vaccinating more of its people than the United States, it’s also exporting nearly as many to poorer nations.

On Tuesday, China’s National Health Commission reported that 279 million shots had been administered against SARS-CoV-2, the virus that causes COVID-19, as of Monday. NHC data also shows that the pace has been rapidly accelerating, exceeding 10 million doses per day on April 28, 29 and 30. On other days, vaccinations are between 4 and 5 million.

Ten million shots per day was the goal Beijing set in late March in order to meet their goal of vaccinating 40% of the country’s 1.4 billion people by June, which is about 560 million. It’s unclear how many people in China have been fully vaccinated, though.

Due to the incredible effectiveness with which the Chinese government responded to the outbreak of COVID-19 in Hubei Province in early 2020, the virus was effectively eradicated in China by the middle of last year and less than 91,000 cases have been reported in total, with just over 4,600 deaths – more than 100 times smaller than the death toll in the United States, where more than 577,000 people have died as of Tuesday.

However, the absence of COVID-19 in the country has paradoxically deprived many Chinese of holding a serious regard for the dangers of the disease, resulting in slagging interest in being vaccinated against it. As a consequence, Beijing has had to roll out some novel incentives including offering people ice cream and even coupons for free grocery items if they go to get the jab. The Global Times reported that some communities are organizing “sharing sessions” where people who have gotten their shot tell others about the experience to destigmatize it.

China has produced five COVID-19 vaccines, including the well-known Sinopharm and Sinovac shots that have been shipped overseas by the millions, but also one from CanSino Biologics Inc; one from a Sinopharm affiliate, the Wuhan Institute of Biological Products, and the most recently approved one by Anhui Zhifei Longcom that require three doses but can be stored at room temperature, greeting increasing its availability in parts of the world where deep-freeze storage isn’t possible.

While China has negotiated with 67 nations on every inhabited continent to sell or give them vaccines, it is also working with the World Health Organization to provide Sinopharm and Sinovac shots for the COVAX program. COVAX aims to provide shots to some of the world’s poorest nations to ensure immunization even if they cannot pay, as the United Nations has highlighted the dangers posed to the entire globe of a pandemic that continues to rage in the Third World even as richer nations inoculate their entire populations.

According to a report published Tuesday in Nature, COVAX has shipped about 50 million of the 2 billion doses it expects to ship this year. However, the explosion of cases in India, which has now begun buying up the vaccines made in-country, pose a danger to those plans, as does the fact that only a very small number of US vaccines have been shipped to COVAX as of yet.

COVAX and China’s separate support are some of the few ways in which many poorer nations will get timely access to COVID-19 vaccines, since a US-led group of First World nations continues to adamantly oppose waivers on intellectual property laws to allow generic versions of their vaccines to be produced worldwide.

As of yet, the US has only provided a tiny amount of vaccines abroad, pledging 60 million doses of AstraZeneca’s CoviShield vaccine would be sent abroad in the coming months. In March, the Biden administration also sent Canada and Mexico 4 million of the same shot, but US President Joe Biden said late last month the US was “not yet” ready to begin vaccinating other nations.

According to US Centers for Disease Control and Prevention (CDC) data, 147.5 million Americans have received at least one dose of a vaccine as of Monday afternoon, with daily numbers vacillating between 2.5 million and 900,000 per day over the last week. Biden announced on Tuesday that the US was ready to “immediately” begin vaccinating adolescents once health authorities approve, having already lowered the COVID-19 vaccination age to 16 in recent weeks.