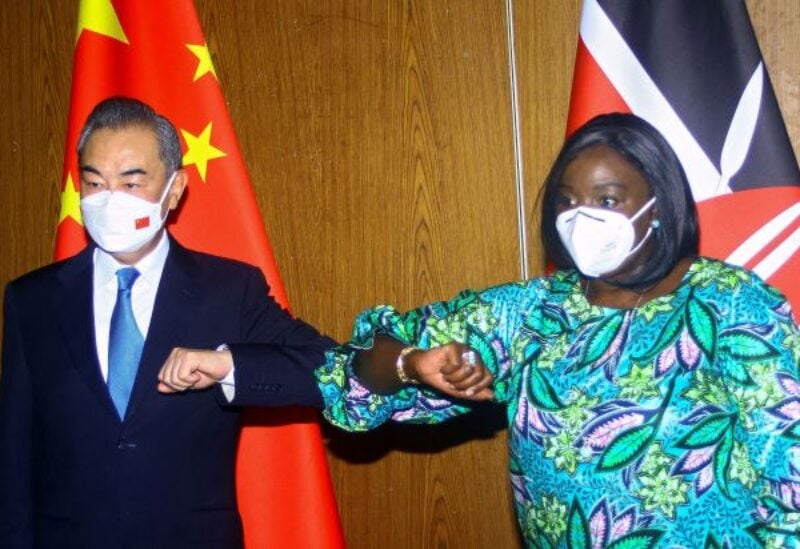 China said on Thursday that it will designate a special envoy to promote peace in the tumultuous Horn of Africa, and that it wished to move the continent’s focus from infrastructure to trade.

Foreign Minister Wang Yi made the remarks in Kenya, which has been involved in diplomatic attempts to end the war in Ethiopia between Prime Minister Abiy Ahmed’s federal government and the Tigray People’s Liberation Front (TPLF) since late 2020.

He also paid a visit to Eritrea, which borders the northern Tigray area and has backed Abiy in a conflict that has killed thousands, dislocated hundreds of thousands, and spread starvation.

“To share political consensus and to coordinate actions, China will appoint a special envoy of the Chinese ministry of foreign affairs for the Horn of Africa,” Wang told a news conference in the port city of Mombasa, via an interpreter.

Horn of Africa nations should decide their own destiny and convene a peace conference, Wang added. The region’s other major war is in Somalia where Islamist militants al Shabaab are battling a Western-backed government.

China has traditionally been more focused on economic development and trade in Africa than politics and diplomacy, and Wang gave no further details of the envoy’s potential role.

Beijing wants to help develop Eritrea’s Red Sea coastline, he said, without elaborating on that either.

China has been shifting from offering African nations hard infrastructure loans towards increasing trade, which Wang said reflected the reality on the ground.

The continent’s needs were expanding from the building of roads and railways, Wang said, citing the need for vaccines and export opportunities.

Analysts have also attributed the slowdown in Chinese infrastructure lending in Africa to China’s own economic troubles caused by the pandemic, a commodity price crash that has complicated African debt servicing, and other factors.

China’s interests in the Horn include its large naval base in Djibouti, a tiny country that overlooks a key global shipping route. Beijing has granted large loans to landlocked Ethiopia, which relies on Djibouti’s port for trade.

The region is also threatened by instability in South Sudan, where China has substantial oil investments, and spillover from Somalia that has brought deadly attacks on civilians in neighboring Kenya, where China also has big interests.