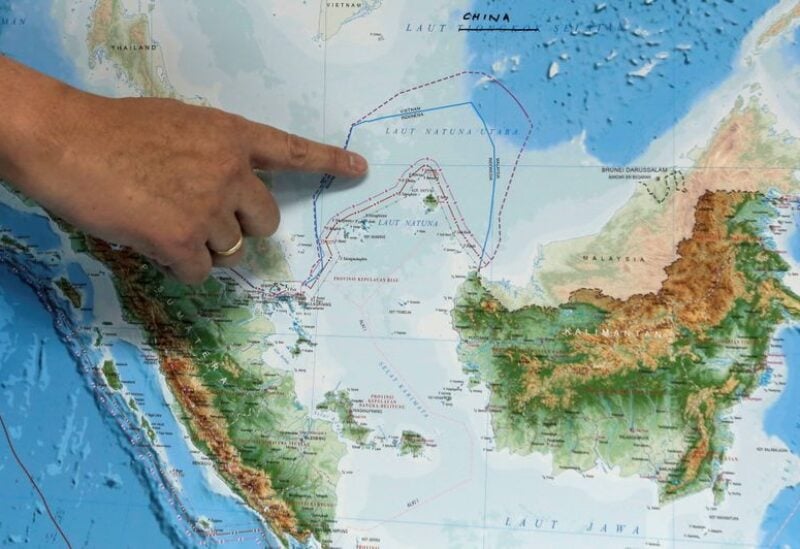 During a months-long stalemate in the South China Sea earlier this year, China warned Indonesia to cease exploring for oil and natural gas in maritime area claimed by both nations, four people familiar with the incident told Reuters.

The unusual demand, which had not previously been publicized, heightened tensions between the two countries over natural resources in a volatile area of global strategic and economic importance.

According to Muhammad Farhan, an Indonesian lawmaker on parliament’s national security committee who was briefed on the letter, one letter from Chinese diplomats to Indonesia’s foreign ministry clearly told Indonesia to halt drilling at a temporary offshore rig because it was taking place in Chinese territory.

“Our response was quite firm: we would not stop drilling because it is our sovereign right,” Farhan told Reuters.

“Any diplomatic correspondence between governments is confidential in nature, and its substance cannot be released,” said a spokeswoman for Indonesia’s foreign ministry. He declined to speak further.

China’s embassy in Indonesia’s capital Jakarta did not respond to a request for comment.

Three other people, who said they were briefed on the matter, confirmed the existence of the letter. Two of those people said China made repeated demands that Indonesia stop drilling.

Southeast Asia’s biggest nation says the southern end of the South China Sea is its exclusive economic zone under the United Nations Convention on the Law of the Sea and named the area as the North Natuna Sea in 2017.

China objected to the name change and insists the waterway is within its expansive territorial claim in the South China Sea that it marks with a U-shaped “nine-dash line,” a boundary found to have no legal basis by the Permanent Court of Arbitration in the Hague in 2016.

“It (the letter) was a bit threatening because it was the first effort of China’s diplomats to push their nine-dash line agenda against our rights under the Law of the Sea,” Farhan told Reuters.

China is Indonesia’s biggest trade partner and second-largest source of investment, making it a key part of Indonesia’s ambition to become a top-tier economy. Indonesian leaders kept quiet about the matter in order to avoid conflict or a diplomatic spat with China, Farhan and two of the other people who spoke to Reuters said.

Farhan said that China, in a separate letter, also protested against the predominantly land-based Garuda Shield military exercises in August, which took place during the standoff.

The exercises, involving 4,500 troops from the United States and Indonesia, have been a regular event since 2009. This was China’s first protest against them, according to Farhan. “In their formal letter, the Chinese government was expressing their concern about the security stability in the area,” he said.

Within days of the Noble Clyde Boudreaux semi-submersible rig arriving at the Tuna Block in the Natuna Sea to drill two appraisal wells on June 30, a Chinese Coast Guard vessel was at the scene, according to ship movement data. It was soon joined by an Indonesian Coast Guard vessel.

In response to questions from Reuters, China’s foreign ministry said the Chinese Coast Guard ship was “carrying out normal patrol activities in waters under Chinese jurisdiction.” It did not respond to questions about communications with Indonesia over the drilling.

China’s defense ministry did not respond to requests for comment.

Over the next four months, Chinese and Indonesian ships shadowed each other around the oil and gas field, frequently coming within 1 nautical mile of each other, according to an analysis of ship identification data and satellite imagery by the Asia Maritime Transparency Initiative (AMTI), a project run by the U.S.-based Center for Strategic and International Studies.

Data and images reviewed by AMTI and the Indonesia Ocean Justice Initiative (IOJI), a Jakarta-based independent think-tank, shows a Chinese research ship, Haiyang Dizhi 10, arrived in the area in late August, spending most of the next seven weeks moving slowly in a grid pattern of the adjacent D-Alpha Block, an oil and gas reserve also in contested waters, valued at $500 billion by Indonesian government studies.

“Based on the pattern of movement, nature, and ownership of the vessel, it looked like it was conducting a scientific survey of the D-Alpha reserve,” said Jeremia Humolong, a researcher at the IOJI.

On Sept. 25, the American aircraft carrier USS Ronald Reagan came within 7 nautical miles of the Tuna Block drilling rig. “This is the first observed instance of a U.S. aircraft carrier operating in such proximity to an ongoing standoff” in the South China Sea, AMTI said in a report published in November.

Four Chinese warships were also deployed to the area, according to the IOJI and local fishermen.

A spokesman for the U.S. Navy’s Carrier Strike Group 5/Task Force 70 declined to disclose the carrier’s distance from the rig.

China is in negotiations with 10 Southeast Asian states, including Indonesia, to hammer out a code of conduct for the South China Sea, a waterway rich in natural resources carrying at least $3.4 trillion in annual trade. The talks, under the auspices of the Association of Southeast Asian Nations (ASEAN), restarted this year after being stopped due to the pandemic.

Indonesia has not made any formal claim to areas of the South China Sea under United Nations rules, believing the extent of its waters is already clearly set by international law.

Chinese president Xi Jinping has tried to play down tensions between it and Southeast Asian states, telling a China-ASEAN leaders summit last month that China “absolutely will not seek hegemony or even less, bully the small” in the region.

Farhan told Reuters Indonesia’s government played down the tension of the standoff publicly. Its leaders wanted to be “as silent as possible because, if it was leaked to any media, it would create a diplomatic incident,” he said.

The temporary rig operated until Nov. 19, after which it went to Malaysian waters. Indonesian security minister Mahfud M.D. went to the Natuna Sea last week. He said his visit had nothing to do with China, but said in a public statement that Indonesia would “never surrender an inch” of territory.

The drilling was completed on time, according to a spokesman for Harbour Energy, the operator of the Tuna Block. In a similar confrontation with China in 2017, Vietnam abandoned exploration activities. Harbour Energy is expected to issue an update on the drilling results on Dec. 9.