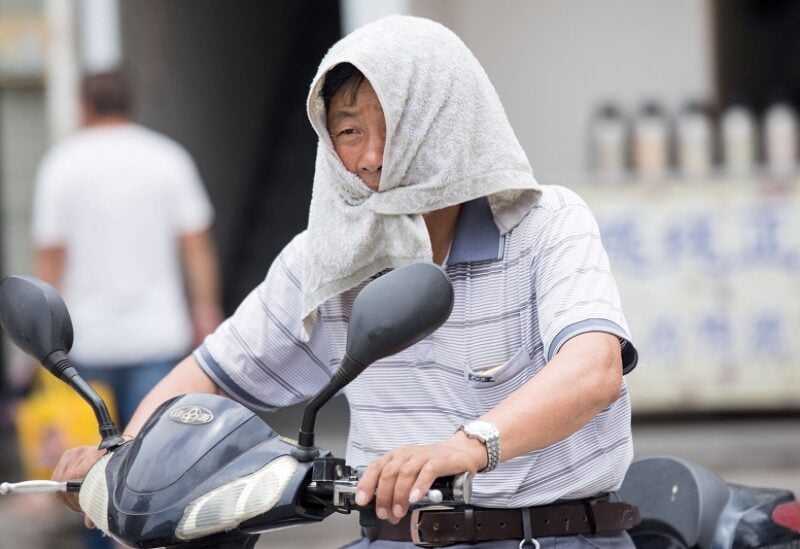 FILE PHOTO: A man is seen with a towel tied around his head to escape hot weather as a heat wave hits Hangzhou, Zhejiang province, China, July 10, 2017. Picture taken July 10, 2017. REUTERS/Stringer ATTENTION EDITORS - THIS IMAGE WAS PROVIDED BY A THIRD PARTY. CHINA OUT. NO COMMERCIAL OR EDITORIAL SALES IN CHINA./File Photo

The heat wave in southern China last month has suspected by experts to have been one of the worst heat waves in global history. Parts of Sichuan province and city of Chongqing recorded temperatures exceeding 40 degrees Celsius for a string of days.
The average temperature nationwide was 22.4C in August, exceeding the norm by 1.2C, state broadcaster CCTV reported, citing the country’s weather service.

Some 267 weather stations across the country matched or broke temperature records last month, the report said.
The month was also China’s third-driest August on record. The recorded average rainfall was 23.1 per cent lower than usual.

“The average number of high-temperature days was abnormally high, and regional high-temperature processes are continuing to impact our country,” CCTV reported the weather service as saying.