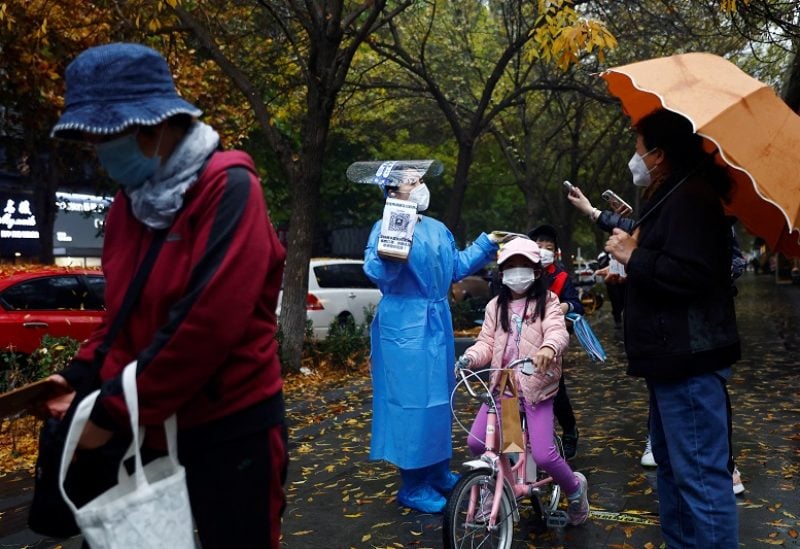 In the manufacturing hub of Guangzhou, at least seven districts lifted temporary lockdowns on Wednesday, including in Haizhu, which witnessed protests recently. Restrictions were also eased in the central city of Chongqing.

China is also set to allow some people who tested positive for COVID-19 to quarantine at home, according to a Reuters report on Thursday which cited two sources with knowledge of the matter.

“The country is facing a new situation and new tasks in epidemic prevention and control as the pathogenicity of the Omicron virus weakens, more people are vaccinated and experience in containing the virus is accumulated,” she told the Chinese state media.

Sun also called for the “optimization” of testing, treatment and quarantine policies.

Her statements mark a significant departure from China’s official line of imposing draconian lockdown measures, at the time when other major economies have left lockdowns behind.

End to ‘zero-COVID’?
Sun made no mention of the protests which have gripped several parts of the country since the weekend. Despite its anti-pandemic policies, China has been posting record numbers of COVID-19 cases daily when the clashes erupted in Shanghai, Beijing and elsewhere. Earlier on Wednesday, riot police clashed with protesters in Guangzhou as protests against lockdown regulations continued.
The movement is the biggest wave of civil disobedience China has seen since Tiananmen in 1989.

The apparent shift could signal the end to the country’s strict zero-COVID policy, which was spearheaded by Chinese President Xi Jinping.

“We believe that Chinese authorities are shifting to a ‘living with COVID’ stance, as reflected in new rules that allow people to do ‘home isolation’ instead of being ferried away to quarantine facilities,” the AFP news agency quoted analysts from economic think tank ANZ Research as saying.