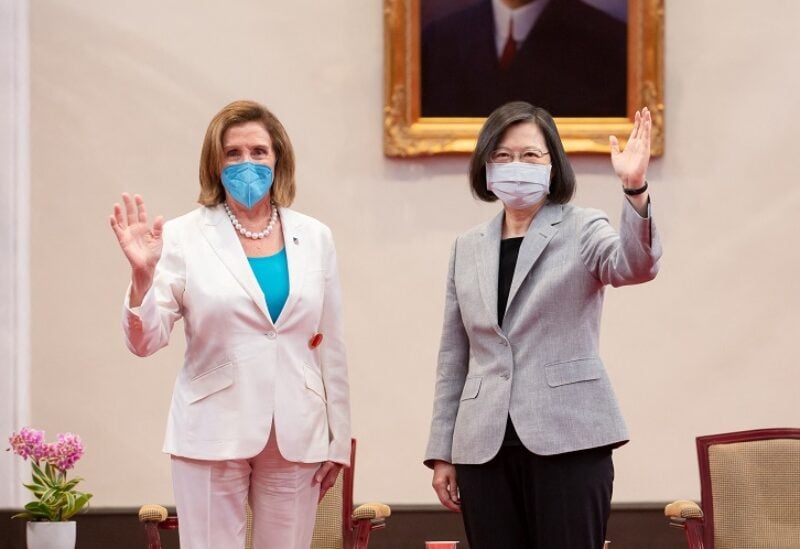 Following Pelosi’s Taiwan visit earlier this week, China on Friday announced sanctions on US House Speaker Nancy Pelosi and her family, accompanied by “countermeasures” against the US.

“Speaker of the US House of Representatives Nancy Pelosi insisted on visiting China’s Taiwan region. This constitutes a gross interference in China’s internal affairs,” the Chinese Foreign Ministry said in a statement.

Beijing also announced at least eight “countermeasures” against the US over Pelosi’s Taiwan trip, which was not mentioned in her official tour agenda.

“It gravely undermines China’s sovereignty and territorial integrity, seriously tramples on the One-China principle, and severely threatens peace and stability across the Taiwan Strait,” the statement said, calling Pelosi’s visit an “egregious provocation.”

“China decides to adopt sanctions on Pelosi and her immediate family members in accordance with relevant laws of the People’s Republic of China,” it added.

Beijing has launched massive military exercises surrounding Taiwan after Pelosi visited the self-ruled island earlier this week, against the warnings of China which sees it as its “breakaway province.”

China had warned of serious “countermeasures” against undertaking such a trip, including military action.

The eight countermeasures Beijing announced include the cancellation of a phone call between the leaders of US and Chinese military theaters, the working meeting between the Chinese and US Defense Departments, and suspension of China-US cooperation on illegal immigrants, drug control, and climate change.

Pelosi is the first sitting US House speaker who visited Taiwan in the past 25 years.

She led a delegation of US lawmakers that began their trip from Singapore on Monday, followed by Malaysia from where she traveled to Taiwan, triggering angry response from Beijing.

She left Taiwan on Wednesday evening for South Korea and finally landed in Tokyo on Thursday night. Pelosi ended her four-nation Asia trip to return to the US on Friday afternoon.