China says it has signed security pact with Solomon Islands 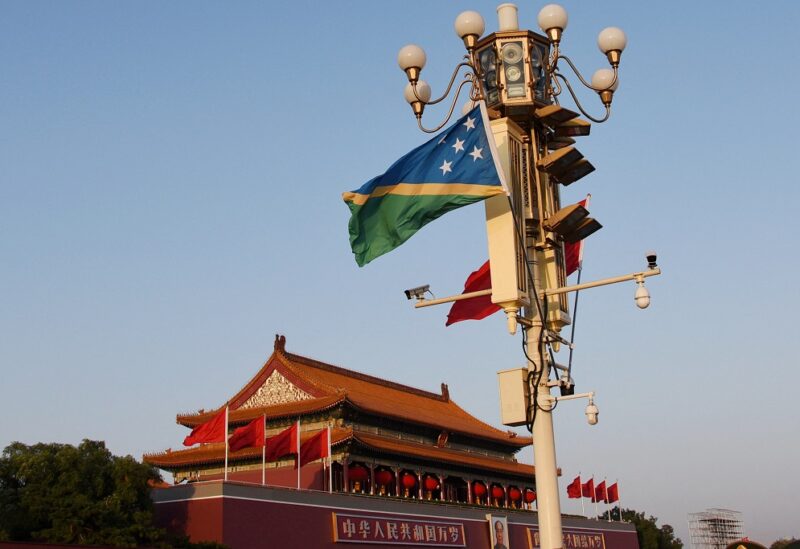 China claims to have inked a broad security agreement with the Solomon Islands, just hours after the US declared it would send officials to the South Pacific nation over concerns Beijing could build a military presence there.

A section in a leaked draft version of the deal caused concerns because it permitted Chinese security and navy operations in the Solomon Islands, a country with a population of 700,000 people that has experienced political and social instability in recent months.

Chinese foreign ministry spokesman Wang Wenbin said on Tuesday “the foreign ministers of China and the Solomon Islands officially signed the framework agreement on security cooperation recently”, without providing details on the final version of the agreement.

According to the leaked draft, armed Chinese police could be deployed at the Solomon Islands’ request to maintain “social order”, although Prime Minister Manasseh Sogavare has repeatedly said he does not intend to allow China to build a military base there.

“The broad nature of the security agreement leaves open the door for the deployment of PRC [People’s Republic of China] military forces to the Solomon Islands,” US State Department spokesman Ned Price said on Monday.

The signing of the pact “could increase destabilisation within the Solomon Islands and will set a concerning precedent for the wider Pacific Island region”, he added.

During the visit, officials plan to discuss reopening the US embassy in the capital, Honiara. Washington did not immediately respond to Tuesday’s announcement that the deal had been signed.

The planned US trip comes after Australian Minister for International Development and the Pacific Zed Seselja travelled to Honiara earlier in April to ask the prime minister in person not to sign the deal.

The latest announcement comes as the US and its regional allies have sought to counter what they call China’s increasingly assertive actions in the Pacific, particularly in its territorial claims over portions of the South China Sea and actions towards Taiwan.

The Solomon Islands only recognised Beijing in 2019 after switching its ties from Taiwan, the self-governing island China considers a breakaway province.

Surging unemployment and opposition to Sogavare’s leadership have sparked mass unrest in the country.

In November, protesters tried to storm the parliament during several days of deadly rioting.