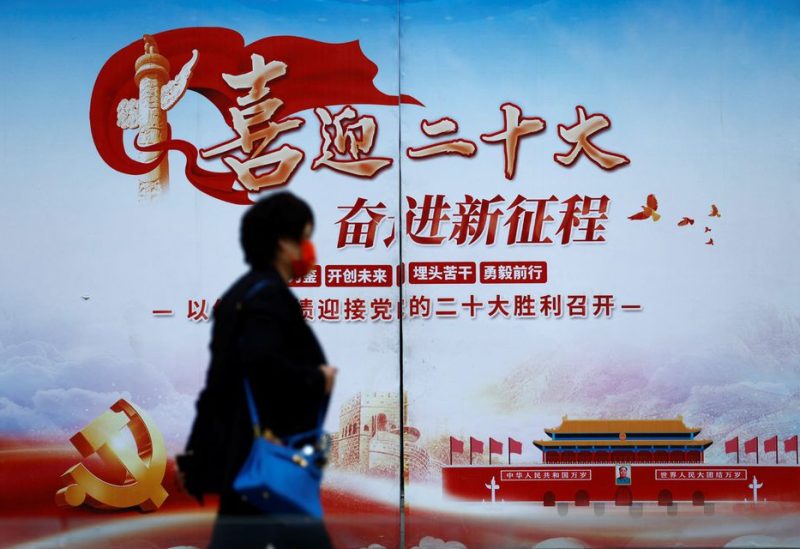 A woman walks past a poster welcoming the 20th National Congress of the Communist Party of China, in Beijing, China October 14, 2022. REUTERS/Tingshu Wang

China will make its COVID-19 prevention measures more scientific, accurate, and effective, a spokesman for the ruling Communist Party said on Saturday, while reiterating Beijing’s stance that its pandemic approach is the correct one.

This week, Beijing reaffirmed its commitment to a COVID policy that has prevented mass infection and death but has also caused significant economic damage and widespread frustration among Chinese citizens.

Speaking to reporters ahead of the party’s once-every-five-years congress, which runs from Sunday through Saturday in Beijing, party spokesman Sun Yeli said while he hoped the pandemic would end soon, the reality was it had not.

“If you count the general ledger, our epidemic prevention measures are the most economical and effective,” Sun said.

“Our prevention and control strategies and measures will become more scientific, more accurate, and more effective,” he said. “We firmly believe that the dawn is ahead, and persistence is victory.”

Since 2020, China has reported 5,226 COVID-19 fatalities among its population of 1.4 billion. In contrast, more than 1 million people have died of the disease in the United States.

From April through June, the world’s second-largest economy barely grew as authorities battled the highly transmissible Omicron variant. Cities across China, including its financial capital Shanghai, have been subjected to various degrees of economically disruptive and socially stifling lockdowns.

President Xi Jinping is widely expected to win a third five-year term as the party’s general secretary at the congress, becoming the most powerful leader since Mao Zedong.

The congress comes at a tumultuous time, as China’s economy is dragged down by Xi’s COVID policy and a deep property sector crisis, and as his support for Russia’s Vladimir Putin further alienates China from the West.