China to Sponsor First Peace Conference in Horn of Africa 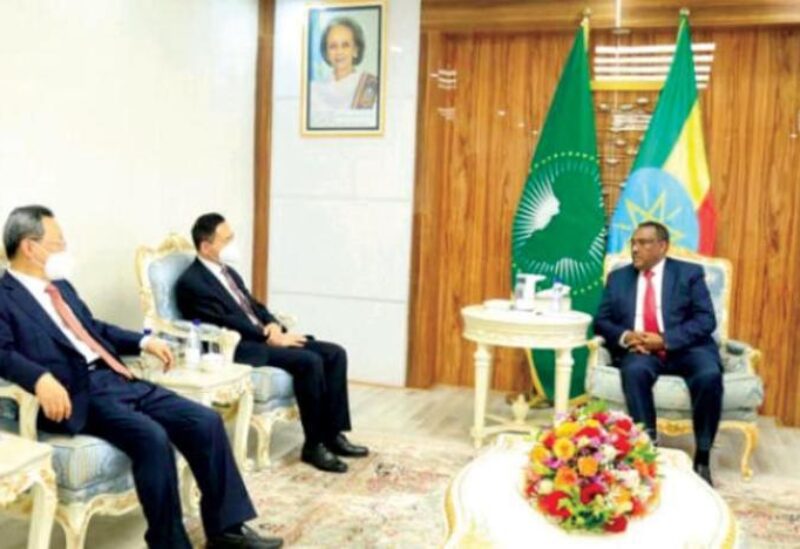 China’s newly appointed envoy to the Horn of Africa Xue Bing said his country will sponsor the first peace conference in the first half of 2022, in an attempt to resolve regional conflicts.

China is seeking to play a more active role in the key strategic conflict-hit region.

Earlier this year, Beijing appointed Xue, a veteran diplomat who had served as the ambassador to Papua New Guinea and in various countries in Africa, the Americas and Oceania.

Xue kicked off an African tour last week, including Eritrea, Ethiopia, Djibouti, Somalia and Kenya, and his next stops will be Uganda and South Sudan.

At a press conference in Nairobi, Xue said the peace conference aims to provide a platform for the regional countries to settle their differences through negotiations.

Xue revealed during his visit to Addis Ababa that China seeks to bring regional countries together to address challenges facing security and development.

He tackled the Initiative of Peaceful Development in the Horn of Africa, which China’s State Councilor and Foreign Minister Wang Yi had previously proposed during a trip to Africa.

The initiative aims at supporting countries in the region to achieve long-term stability, prosperity and development in an independent way.

The African region is currently roiled by turmoil, including the Tigray conflict north of Ethiopia, which killed thousands of civilians and displaced millions, as well as the violence in Somalia and the Kenyan-Ethiopian disputes.

Beijing has been seeking for years to expand its influence in Africa.

In October 2000, it launched the Forum on China-Africa Cooperation to promote trade and investment relations between China and African countries.

It also established a military base in Djibouti to protect its interests, with a contingent of up to 10,000 soldiers.

The Horn of Africa enjoys several resources that attract investments, prompting competition and struggle for influence between China and the United States.