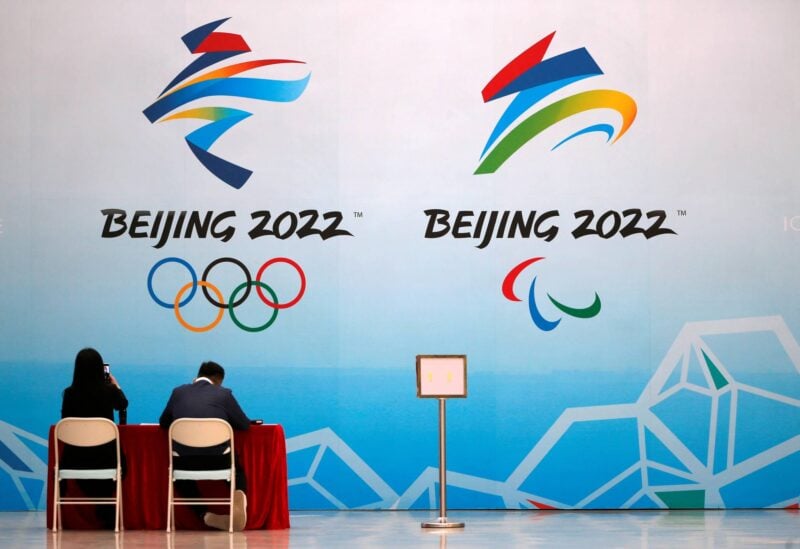 FILE PHOTO: Staff members sit near a board with signs of the 2022 Olympic Winter Games, at the National Aquatics Center, known colloquially as the "Ice Cube", in Beijing, China April 1, 2021. REUTERS/Tingshu Wang/File Photo

The 2022 Winter Olympics in Beijing will provide an opportunity for concerned countries to confront China on its human rights record, Canadian Prime Minister Justin Trudeau said on Friday.

Trudeau stated that China will modify its actions only if confronted with a united front, and that he will bring the issue up at the Group of Seven leaders’ summit next week.

In a video interview with the Toronto Star, Trudeau said, “The pressure on China right now from the international community… is substantially severe, particularly with the Winter Olympics coming up in China next year.”

“It would be easy for China … to shrug off what any one country, including just the United States alone, says. But when the global community comes together, that starts to shape their own calculations.”

Canada, locked in a major diplomatic and trade dispute with China for more than two years, is one of the world’s leading winter sports nations.

Trudeau did not address the issue of athletes skipping the Games. A boycott, according to the Canadian Olympic Committee, would not force China to modify its human rights record.

Speaker of the House of Representatives Nancy Pelosi called for a diplomatic boycott of the Games next year, citing the State Department’s finding that China is committing genocide against Uyghurs and other ethnic minorities.

In February, the Canadian parliament passed a nonbinding vote declaring China’s treatment of Uyghurs in the Xinjiang area to be genocide.