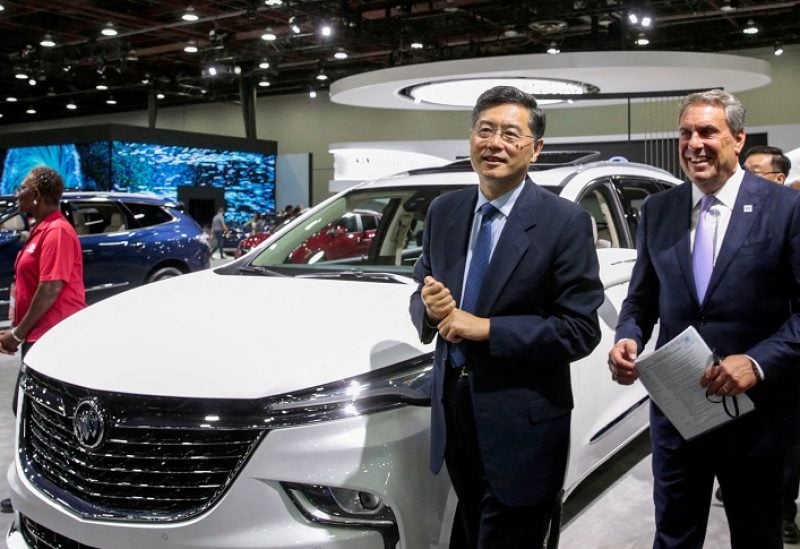 Qin Gang, China’s ambassador to the United States and a confidante of President Xi Jinping, was appointed by China on Friday, as new foreign minister.

Qin, 56, replaces Wang Yi, who has been foreign minister for the past decade.

The appointment comes amid heightened tensions between the US and China over trade and the future of Taiwan.

Who is Qin Gang?
From the northeastern city of Tianjin, Qin has become known for his tough talk against the West.

He was one of the earliest Chinese diplomats to make sharp comments in defense of China’s increasingly assertive foreign policy positions.

Those remarks earned him the reputation as a “wolf warrior,” a nickname given to Chinese diplomats who respond vehemently to Western nations they perceive as hostile.

In 2020, he complained that China’s global image had worsened because Western media had never accepted the Chinese political system or its economic rise.

US to screen all China arrivals for COVID-19
As ambassador to the US over the past 17 months, he was less confrontational than he had been previously in Beijing.

Charged with putting the relationship between the world’s two largest economies back on track, upon arrival in Washington, Qin said that US-China relations held “great opportunities and potential.”

In an essay published in the American magazine the National Interest this week, Qin said that ties between the two world powers were not a “zero-sum game” with one side gaining at the expense of the other.

Qin served two stints as ministry spokesman between 2006 and 2014 and as chief protocol officer between 2014 and 2018, overseeing many of Xi’s interactions with foreign leaders.

He then served as vice foreign minister between 2018 and last year.

US-China ties on edge
Relations between Washington and Beijing deteriorated under the Trump administration with tit-for-tat tariffs imposed on each other’s exports.

Beijing has also faced fierce criticism from the West for its clampdown on the pro-democracy movement in Hong Kong, the semi-autonomous city that returned to China from Britain in 1997.

Meanwhile, a trip to Taiwan by US House Speaker Nancy Pelosi, the highest-ranking US dignitary to visit the island in 25 years, sparked angry rhetoric from China’s leaders.

China claims Taiwan as its own territory and its recent actions, which included military drills in the East and South China Sea, have been viewed as a rehearsal of a possible blockade or invasion.

During mid-November talks aimed at preventing a new Cold War between their countries, Xi and US President Joe Biden pledged more frequent communication.

US Secretary of State Antony Blinken is due to visit China in early 2023.