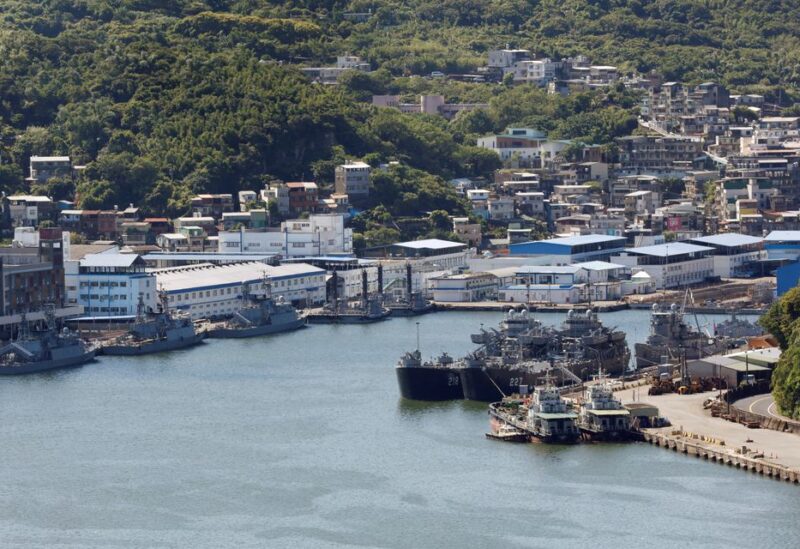 Taiwan Navy ships are seen at the port in Keelung, Taiwan August 6, 2022

On Sunday, Chinese and Taiwanese vessels played high seas “cat and mouse” ahead of the expected end of four days of extraordinary Chinese military drills begun in response to US House Speaker Nancy Pelosi’s visit to Taiwan.

Pelosi’s travel to the self-governing island last week enraged China, which retaliated with the first-ever test firing of ballistic missiles over the island’s capital and the suspension of several areas of engagement with the US.

According to a person with knowledge of the situation, some ten warships from China and Taiwan cruised in close quarters in the Taiwan Strait, with several Chinese boats crossing the median line, an unofficial buffer between the two sides.

Multiple Chinese military ships, planes, and drones were simulated attacks on the island and its navy, according to the island’s defense minister. It stated that it has dispatched aircraft and ships to respond “appropriately.”

On Sunday night, a Chinese state media analyst stated that the Chinese military will henceforth conduct “regular” drills on the Taiwan side of the line, claiming that the “historic mission” of China’s reunification “can be realized.”

According to a person with knowledge of the situation who declined to be identified, while Chinese soldiers “pushed” the line on Saturday, the Taiwan side kept close to watch and, if feasible, deny the Chinese the chance to cross.

Taiwan stated that its shore-based anti-ship missiles and Patriot surface-to-air missiles were ready.

According to the defense ministry, its F-16 jet fighters are equipped with modern anti-aircraft missiles. It released images of Harpoon anti-ship weaponry being carried onto another ship.

Taiwanese troops scrambled jets on Saturday to warn off 20 Chinese aircraft, including 14 that breached the median line. It also identified 14 Chinese ships operating in the Taiwan Strait.