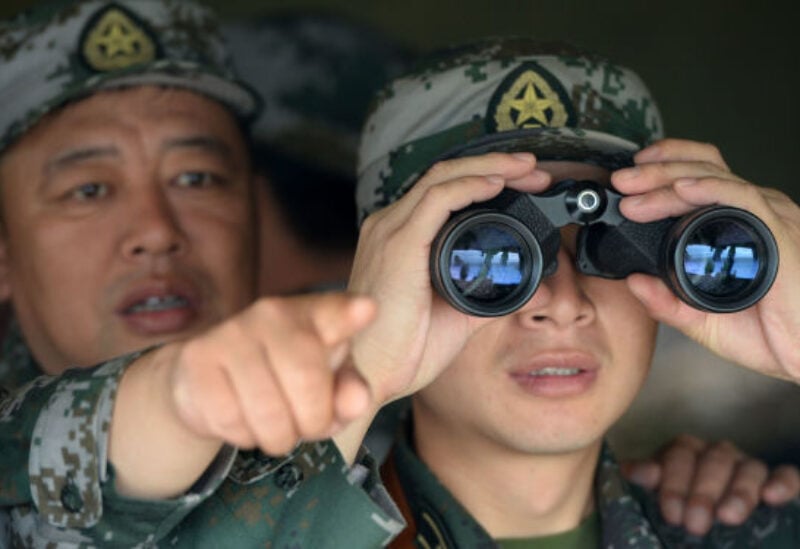 Beijing has slammed Washington over Friday’s sailing of a Navy warship and Coast Guard cutter in the waters between the Chinese mainland and Taiwan, which the People’s Republic says is an integral part of China. The US regularly deploys warships in the Taiwan Strait and the South China Sea, calling such missions “freedom of navigation” operations.

The People’s Liberation Army (PLA) was on high alert and “closely monitored” the two US ships that sailed through the Taiwan Strait on Friday, and held multiple military exercises on both sides of the strait the same day, China’s Global Times newspaper has reported.

Chinese Defense Ministry spokesman Senior Col. Tan Kefei indicated on Saturday that the PLA’s Eastern Theatre Command, responsible for several provinces off China’s eastern coast, engaged in tracking and monitoring the USS Kidd guided missile destroyer, as well as the USCGC Munro cutter, as they transited into the Strait. Tan stressed that the PLA was “on high alert all the time” to “resolutely safeguard national security and territorial integrity.”
Also Saturday, Eastern Theatre Command Spokesman Senior Col. Shi Yi reported that the command deployed Warships, fighters, and bombers for drills in the East China Sea on Friday, while the US ships were transiting, with the exercises said to have been aimed at improving troops’ “integrated joint combat capabilities,” and that similar drills will be held again in the future.

Furthermore, Taiwan’s air defense forces reported on Friday that three PLA aircraft, including two Z-8 transport gunships and a Y-8 anti-submarine warfare plane, had flow into the island’s self-proclaimed “Air Defense Identification Zone” (which China doesn’t recognize), and flew to the middle point of the Taiwan Strait southwest of the island before swinging around and heading back to the mainland.

The Global Times suggested that the PLA’s activities were a demonstration that Beijing has “full control of the situation in the region” and that Washington’s “provocative military activities cannot change this” state of affairs.

China’s defense ministry issued a formal protest over the passage of the US ships on Saturday, denouncing their movement as provocative and expressing “firm opposition and strong condemnation.”

The US Navy’s 7th Fleet emphasized in a statement that the ships’ transit was “lawful” and that it served as a demonstration of “the US commitment to a free and open Indo-Pacific.”

The escalation of China-US tensions over Taiwan which began under the Trump administration has continued during the presidency of Joe Biden, who recently sparked outrage in Beijing after suggesting that, unlike in Afghanistan, the US would come to defense of Taipei if was attacked by “bad guys.”

US officials backed away from the president’s comments, indicating that the US policy of “strategic ambiguity” on Taiwan remains unchanged. Chinese media blasted Biden, accusing him of making “empty” and “reckless” remarks and warning that if Washington did not back away from his comments it would “have to prepare for much greater storms” in the Taiwan Strait.

Chinese authorities considers Taiwan an integral part of China, and have envisioned the eventual peaceful reunification of the island with the mainland under the “One China – Two Systems” model of autonomy applied to Hong Kong. In a twist of irony, while the conservative Kuomintang nationalist party which lost the Chinese civil war, fled to Taiwan, and governed the island for several decades – has expressed general support for unification, the current ruling party – the center-liberal left Democratic Progressives – oppose it, with their position leading to seething cross Strait tensions, back-and-forth threats, and a series of diplomatic and military spats. Following Biden’s recent comments on Taiwan, The Global Times warned the Democratic Progressives not to “swim in the sputum that Biden carelessly spits out” and suggested that the US would never actually “defend” the island, but only use Taipei to try to “contain” China’s development.