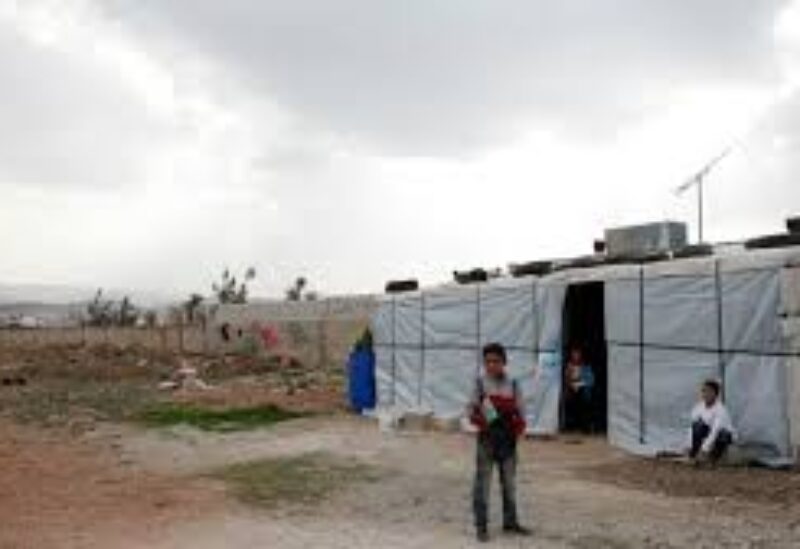 Syrian refugees in displacement camps are falling victim to a cholera outbreak in Lebanon, already suffering from an economic meltdown that has slashed access to clean water and strained hospitals.

Lebanon recorded its first cholera case in early October — signaling the return of the bacteria for the first time in 30 years. It now counts at least 220 cases and five deaths.

According to the World Health Organization, Lebanon is the latest phase of a rampaging outbreak that began in Afghanistan in June – then spread to Pakistan, Iran, Iraq and Syria.

In Syria itself more than 13,000 suspected cases have been reported, including 60 deaths, according to the Syria office of Doctors Without Borders (MSF).

Cholera is typically spread through contaminated water, food or sewage. It can cause severe diarrhea and dehydration – which can kill if left untreated.

Most cholera cases in Lebanon have been in the camps, among the roughly 1 million Syrians who have taken refuge over the past decade from the conflict in their homeland, according to caretaker Health Minister Firass Abiad.

He said the three-year economic crisis was partly to blame. The water in Lebanon’s public mains, not just in the camps, was already unsafe to drink without treatment – but with state coffers drained by the recession, there is not enough fuel to run government-run water stations.

Syrian refugees in Lebanon rely on UN agencies and international NGOs to regularly truck in water to fill up cisterns outside their tents and clear out sewage containers.

But residents of the Idris camp in Qob Elias say those services have become more scarce, prompting fears of an overflow.

“When the sewage containers would overflow in the past, there would be dirty water flooding the camp,” said Amal, a slender and freckled Syrian woman living in the camp.

“If there isn’t already cholera in this camp, I’m sure we’ll get it in no time.”

Seven cases have been detected in the Qob Elias area, but the health ministry has not specified how many Syrians are among them and which camps were affected.

The WHO says refugee camps are a “typical at-risk area”, given the lack of access to clean water and sanitation.

The UN children’s agency in Lebanon has also secured emergency fuel to run water pumping stations in the north and stop wastewater from flowing to the coast. But it said it needed $29 million to fund three months of anti-cholera activities.

Besides Amal, none of the refugees who Reuters spoke to had heard of the outbreak. Fatima Hussein, a Syrian mother of nine, said she did not know what cholera was.

“The sewage system?” Hussein said when asked about clean water, recounting how the toilet in her tent had overflowed countless times.

She said she had caught her youngest daughter drinking from a local well, where she feared wastewater was being dumped.

“If something happened to my daughter, I wouldn’t know what to do,” she said.

Most of the refugees Reuters spoke to said they paid for their own bottled drinking water. But with prices rocketing due to hyperinflation, that may soon become too expensive.

WHO country director Abdinasir Abubakar told Reuters cholera posed a “very high risk” for Lebanon – and that transmission to other countries was likely.

“Now it’s affecting more Syrian refugees, but sooner or later we will see more cases for Lebanese,” Abubakar said. “No one is safe unless everyone is safe.”