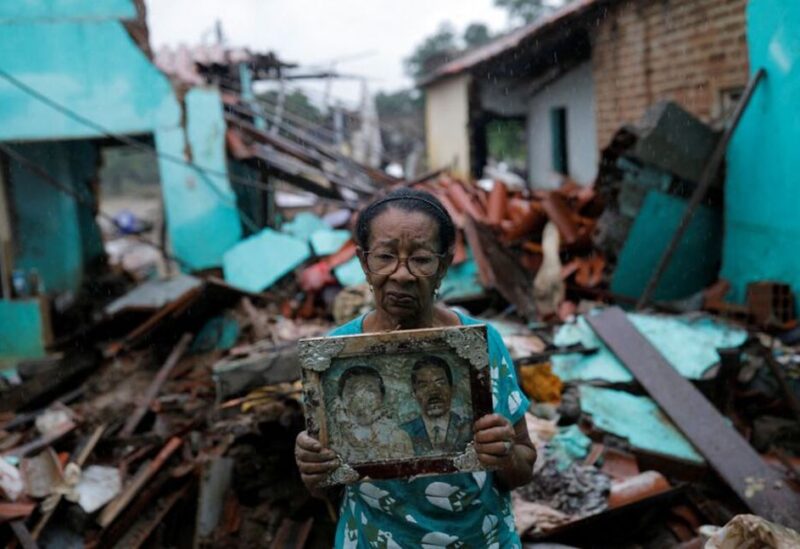 Juliana Reis, 37, of the remote Brazilian village of Itambe, was finally reunited with her parents for Christmas after months apart due to the epidemic.

She told Reuters on Tuesday, “We genuinely hoped it would be the Christmas of our dreams.”

However, severe floods smashed across this part of Bahia state in northeast Brazil, turning their reunion into a nightmare.

A dam fell late on Dec. 25, around 27 kilometers (17 miles) distant, turning the neighboring Verruga River into a raging torrent.

Only by swimming out of her house as it flooded with water did Reis and her parents survive.

“When midnight arrived, this catastrophe happened,” she recalled of their panicked Christmas, while picking through the ruins of her now-flattened home.

“I just wanted everyone to stay alive.”

Her home was one of some 5,000 destroyed in this state of 15 million. The flooding has displaced nearly 50,000 people and killed at least 20.

The state of Bahia has been suffering from flooding for weeks, as record rains followed a severe, months-long dry spell. The situation has deteriorated significantly in recent days, and more rain is forecast for some regions.

Rui Costa, Bahia’s governor, has called the floods the “worst disaster” in the state’s history and said vast swathes of the state looked as if they had been “bombarded.”

The federal government on Tuesday released 200 million reais ($35.5 million) in disaster relief funds and said more was on the way.

In Itambe alone, a town of roughly 22,000 people, 60 houses have collapsed so far, according to the mayor’s office.

Vitoria Rocha, 81, another Itambe resident whose house was destroyed, said it was hard to believe what she experienced was real.

“I can’t accept this. I can’t, because all this seems like a lie to me. My house completely destroyed, all my things destroyed,” she said in tears.

“Here is everything to me,” she said, gesturing to what was left of her house. “Because the only thing I have is my house, and it’s over.”