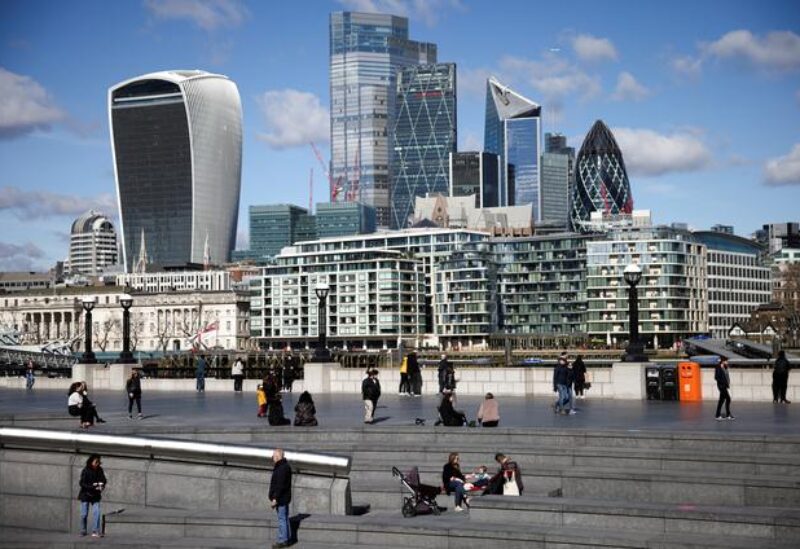 FILE PHOTO: The City of London financial district can be seen as people walk along the south side of the River Thames, amid the coronavirus disease (COVID-19) outbreak in London, Britain, March 19, 2021.

The City of London financial center, which has resembled a ghost town since the coronavirus swept the world last year, is likely to see most workers return to their offices after the pandemic, the City’s political leader said.

Catherine McGuinness, policy chair at the City of London Corporation, told BBC radio she was confident that trade would return for the restaurants, pubs, cafes, and other businesses that rely on the usually teeming crowds of office workers.

But there would probably be changes to the way people work as a result of the coronavirus.

“What people are telling us is that they are expecting their central office base to remain at the core of their business with people coming in 3 or 4 days, working different hours, so we are expecting the bulk of the return,” McGuinness added.

“What it will mean in terms of the overall footfall, we are not yet quite clear.”

London dominates the world’s $6.6 trillion-a-day foreign exchange market, it is the biggest center for international banking and the second largest fintech hub in the world after the United States.

McGuinness said developers were revving up plans for new buildings in the City, home to the giants of world finance.

“We’re already seeing in our planning applications a real surge of interest in getting office space in the City,” she said, adding “I think (we have seen) so far this year 80% of all the applications we saw last year.”

“So, continued interest and continued commitment to that office space, but a different way of using it.”

A survey published earlier this month by accountants KPMG revealed that most major global companies no longer planned to reduce their use of office space after the pandemic, though few expect business to return to normal this year.