Clashes break out in Brussels in protests over coronavirus restrictions 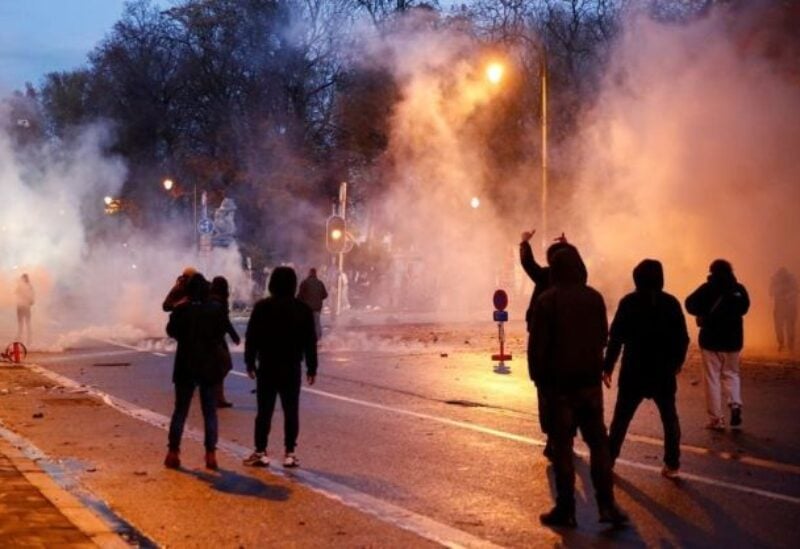 Protesters and police clashed in the streets of Brussels on Sunday during demonstrations against the government’s COVID-19 restrictions, with police using water cannon and tear gas at demonstrators throwing rocks and smoke bombs, according to witnesses.

According to authorities, approximately 35,000 people took part in the demonstrations, which began peacefully before turning violent.

Protesters wearing black hoodies flung stones at police as they advanced with water cannons in front of the European Union Commission buildings, according to Reuters journalists.

Facing up to the police lines, the protesters held hands and chanted “freedom”. One protester was carrying a placard reading “when tyranny becomes law, rebellion becomes duty”.

Belgium tightened its coronavirus restrictions on Wednesday, mandating wider use of masks and enforcing work from home, as cases rose in the country’s fourth COVID-19 wave.

There have been 1,581,500 infections and 26,568 coronavirus-related deaths reported in the country of 11.7 million people since the pandemic began. Infections are increasing again, with 13,826 new cases reported on average each day.

Violence has also broken out in anti-restriction protests in Belgium’s neighbor the Netherlands in recent days. On Friday, police in Rotterdam opened fire on a crowd.