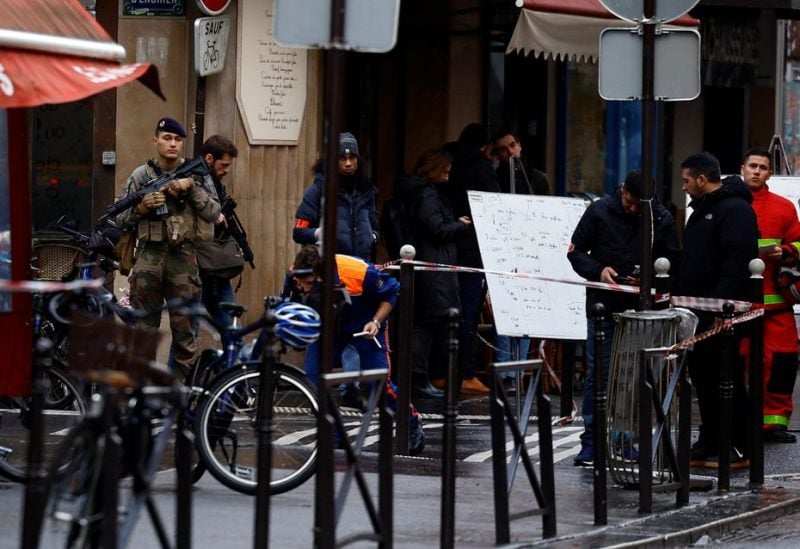 On Friday, a shooter opened fire at a Kurdish cultural center and a neighboring cafe in downtown Paris, killing three people. As a result, numerous demonstrators flooded the area’s streets.

The accused attacker had certainly intended to target foreigners, but there was no proof yet that he had singled out Kurds in particular, according to French Interior Minister Gerald Darmanin.

Around noon, several shots were fired on Rue d’Enghien, causing fear on a street dotted with tiny businesses and cafes in the popular 10th area of the French capital.

All three of the deceased victims were Kurdish, a lawyer for the Kurdish cultural centre told Reuters.

As evening fell, riot police fired teargas to push back an angry crowd a short distance from the scene of the shootings as projectiles were thrown at officers, rubbish bins and restaurant tables overturned and at least one car damaged.

Authorities said they had arrested a 69-year-old man, who Paris prosecutor Laure Beccuau said had recently been freed from detention while awaiting trial for a sabre attack on a migrant camp in Paris a year ago.

Juan-Golan Eliberg, an artist who works at the Kurdish centre, told Reuters the shooter had targeted Kurds.

Eyewitness Mehmet Dilek told Reuters he first heard gunshots and then cries coming from inside a barber’s shop opposite the cultural centre. Bystanders subdued the gunman when he had to reload his firearm, Dilek added.

“It might be shocking for someone who has never had a worry in their life. But we grew up under the threat of arms and bombs, this is how life is for us Kurds,” he continued.

The shootings were a “terrible drama”, district mayor Alexandra Cordebard told reporters. One of those wounded had suffered life-threatening injuries, she said.