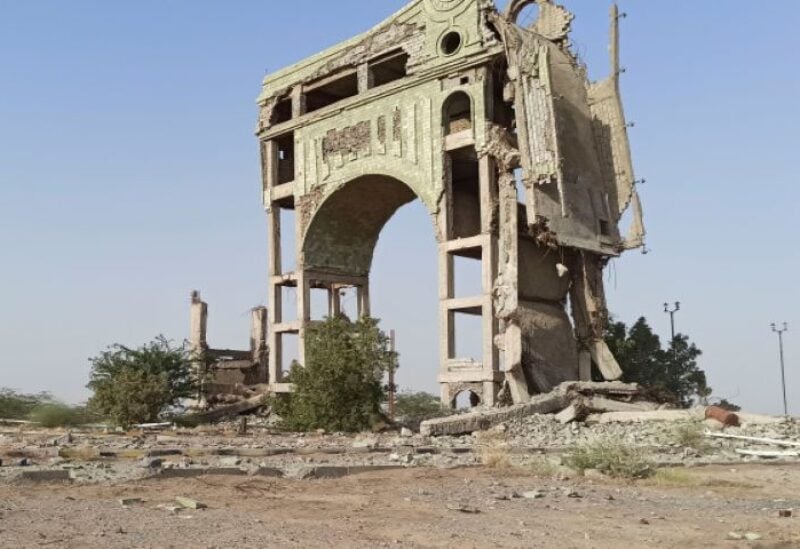 A view of building damaged by clashes is seen on the outskirts of the Red Sea port city of Hodeidah, Yemen

Yemen’s warring factions clashed late Saturday south of the Red Sea port city of Hodeidah, after Iranian-backed Houthi fighters moved into territory ceded by forces allied to a Saudi-led coalition, according to military sources and witnesses.

Yemeni forces backed by the UAE announced on Friday that they were redeploying from around Yemen’s main port in the west, a move that a U.N. monitoring mission and the government said they were unaware of.

The Saudi-backed government and the Iran-aligned Houthis, who control Hodeidah city, agreed in 2018 to a UN-sponsored pact for a truce in Hodeidah and a troop withdrawal by both sides, which has been stalled since 2019.

Al Faza is located 15 kilometers (9 miles) from coalition-held Al-Khokha, where hundreds of Yemenis have fled following the Houthi advance.

The United Nations Mission in Hodeidah, which oversees the Hodeidah pact, urged both parties to ensure the safety of civilians, saying it “was not informed in advance of the movements.” The Saudi-backed government’s UNMHA team also stated that it had no prior knowledge.

In a sign of divisions among pro-coalition forces, Red Sea coastal plain Tihama fighters condemned the “unjustified withdrawal” on Sunday.

It was unclear whether the withdrawal in Hodeidah was connected to what the Saudi-led alliance described as a redeployment in south Yemen, where sources said the Saudi military had left a main base in Aden, the interim seat of government. more info

In an interview with France 24 TV on Saturday, Saudi Arabia’s foreign minister reiterated the coalition’s denial that the Saudi military was withdrawing, saying “there continues to be strong support for the government of Yemen and (coalition) forces.”

In 2015, the alliance intervened in Yemen after the Houthis overthrew the government in the capital, Sanaa. The conflict is being viewed as a proxy conflict between Saudi Arabia and Iran. The Houthis claim to be fighting a corrupt system as well as foreign aggression.

Washington is putting pressure on Riyadh to lift a coalition blockade of Houthi-held ports, which the group has made a condition for peace talks.

Hodeidah is the main entry point for commercial goods and aid flows, as well as a lifeline for millions of people facing starvation in what the United Nations calls the world’s worst humanitarian crisis.