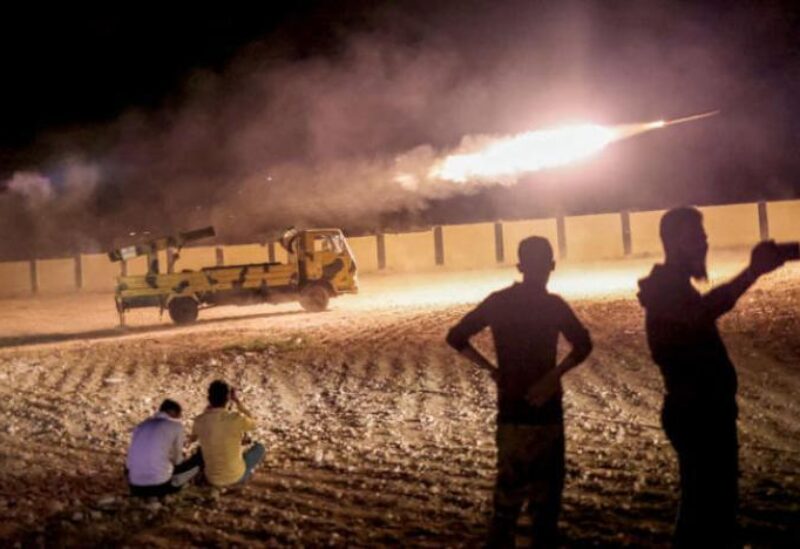 Clashes have intensified between the Turkish forces and the Syrian Democratic Forces (SDF) along with the Syrian regime in Aleppo following a massacre committed by regime forces in the al-Bab city.

The residents of al-Bab went into general strike to mourn the victims who fell during the Friday massacre in residential neighborhoods and a local market.

It is believed that the regime’s bombing of the city was in response to the Turkish attack against its soldiers in a military base in Ayn al-Arab, following the killing of two Turkish soldiers and the wounding of three others in a bombing of a police station in Sanliurfa.

The Syrian Observatory for Human Rights (SOHR) reported that the regime forces’ attack killed 17 people, including six children, and wounded 35 others.

The Turkish forces and the National Army factions exchanged shelling with the regime forces in the al-Bab countryside.

On Saturday, the Turkish forces and their loyal factions bombed nine villages in Aleppo’s northern countryside within the areas of SDF deployment.

Meanwhile, the deputy head of the ruling Justice and Development Party, Numan Kurtulmus, said Türkiye is not responsible for the situation in Syria.

Kurtulmus said the Syrian people paid a heavy price for the ongoing war.

He added in a televised interview that foreign parties should find a quick solution “instead of sending weapons” to Syria. He was referring to US support for the Kurdish People’s Protection Units (YPG).

The official urged to increase efforts to “guide the regime to peace and reach a solution that satisfies the Syrian people.”

Kurtulmus reiterated that Türkiye is not responsible for the Syrian crisis, saying the Assad regime continues to pressure the people, and the Syrian people must be united for their territorial integrity.

Turkish President Recep Tayyip Erdogan said on Friday that his country has no ambitions in Syria and does not aim to overthrow the Assad regime but rather to combat terrorism that threatens its borders.