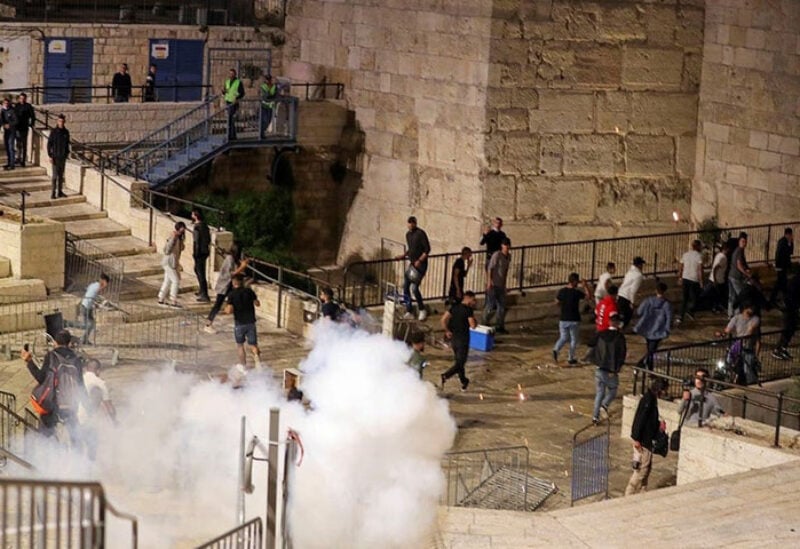 Nightly clashes and other violent incidents between Palestinians and Israelis in Jerusalem during Ramadan have laid bare simmering tensions in the holy city.

Palestinians have clashed with Israeli police amid a dispute over evening gatherings at Damascus Gate after iftar, the breaking of the daytime fast during the Muslim holy month.

Meanwhile, a video on social media app TikTok purporting to show a Palestinian slapping an ultra-Orthodox Jewish man on Jerusalem’s light rail train has drawn protests by Israelis and calls by some right-wing politicians for tougher police action.

The incidents, which followed the start of Ramadan on April 13, threaten to break a sustained period of relative quiet in a contested city at the core of the Israeli-Palestinian conflict.

Palestinians say police have tried to prevent them from holding their usual Ramadan evening gatherings outside Damascus Gate, an historic landmark on the north side of Jerusalem’s walled Old City.

Israeli police have fired stun grenades and sprayed foul-smelling skunk water to disperse the Palestinians, who in turn have discharged fireworks towards them.

“Palestinians love to relax in this area after evening prayers at Al-Aqsa Mosque, but the occupation (Israel) doesn’t like it. It’s a matter of sovereignty,” said Jerusalem resident Mohammad Abu Al-Homus, pointing to metal barricades thrown up by police in the area outside Damascus Gate in recent weeks.

Israel’s police have not said why they erected the barriers, and a spokesman did not immediately respond to Reuters’ repeated requests for comment.

In statements issued over the past week, the police said they had arrested several Palestinians for throwing stones and attacking officers.

There have also been some street skirmishes between Palestinian and Israeli civilians. Police arrested four people in one such fight on Jaffa Road in downtown Jerusalem on Wednesday night, Israeli media reported.

“Jews won’t be scared to walk around Jerusalem!,” said a leaflet distributed on WhatsApp calling for Jewish protests at Damascus Gate on Thursday night.