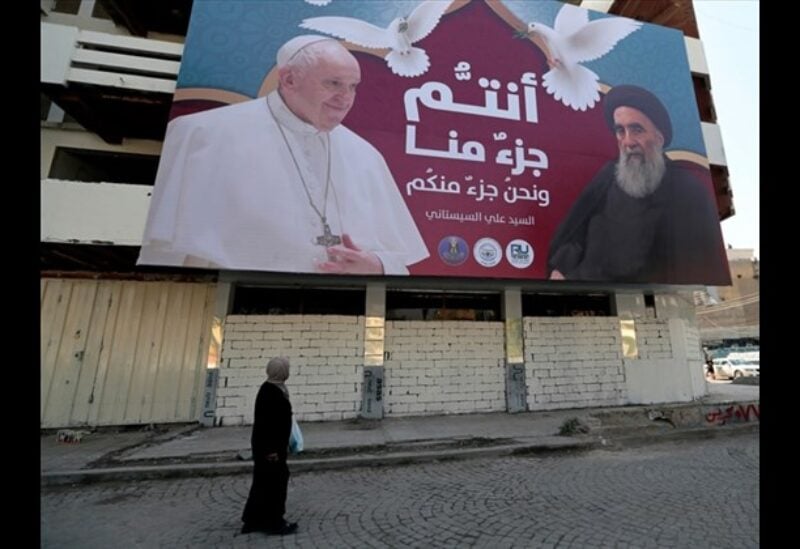 QARAQOSH, Iraq: As Islamic State fighters advanced across northern Iraq in 2014, Mazen Shemes’ nine-year-old son was killed by a mortar. The family had to bury him quickly before fleeing the same night, along with thousands of other Christian families.

Five years later the 47-year-old farmer returned to the town of Qaraqosh, part of a wave of people who, supported by church leaders, re-populated its empty streets and rebuilt homes left in ruins by extremist militants and the fighting that ousted them.

“This is our land. We can’t just abandon it and leave,” said Shemes, standing in his garden where young trees are growing.

About half of the Christian enclave of Qaraqosh has come back since Islamic State was defeated in 2017, a rare sign of hope for a community devastated by Iraq’s descent into Islamist violence after the U.S. invasion in 2003.

Iraq’s Christian population of 1.5 million some 20 years ago stands at 300,000, and many of those want to leave because they see few prospects in a war-torn country where Shi’ite militias and sleeper militant cells still pose a threat.

Pope Francis will visit the town’s restored Grand Immaculate Church – Iraq’s largest – on Sunday as part of a four-day tour of the country designed to boost morale and highlight the difficulties some Christian communities face.

For the Catholic clergy who led the reconstruction work and helped families return to the town near Mosul – Islamic State’s de-facto capital – his trip is a source of huge pride.

“We try to do as much as we can,” said Father Ammar Yako, a local Syriac Catholic priest who has been supervising the renovation of the Grand Immaculate Church in Qaraqosh since 2019. “But then, God remains the one who decides what will happen to us.”

Among the first to return to the town, the main centre of Hamdaniya district, after liberation from Islamic State were the clergy.

Embedded with security forces just after they retook Qaraqosh, Father Ammar recalled his shock at seeing the destruction.

“Over 2,000 houses were burned,” he said. Others were torn apart by airstrikes against the militants. There was no water or electricity.

The imposing Grand Immaculate Church had been desecrated by the militants and ravaged by fire. But Father Ammar was thankful that it was, at least, still standing.

“I started thinking that maybe we would be able to rebuild it.”

Local church leaders from different denominations devised a plan to encourage families to come back to the town of 50,000 people, raising funds mainly from foreign Christian non-governmental organisations.

“We decided to start by rebuilding houses so that people would come home,” said Syriac Catholic Archbishop of Mosul Yohanna Petros Mouche, adding that churches would come next. Father Georges Jahola was put in charge.

With a team of around 20, Father Georges started to map the city, assess the damage and allocate funds to support families who began to trickle back. Over half the damaged homes have been restored.

But reconstruction funds have dried up, preventing Father Georges from completing the work. Some 2,000 houses in the town remain empty, and church leaders are opposed to the idea of allowing Iraqis from other areas to move in.

“If we lose our land, we lose our identity,” Father Georges explained, poring over a map showing the Christian enclave of Qaraqosh surrounded by land allocated to other religious groups that locals feel could endanger their town’s identity.

Father Ammar hopes worshipers will soon be able to pray again regularly in the Grand Immaculate Church, a grey and yellow stone building with a distinct red roof that stands out among the surrounding houses.

Volunteers were recently cleaning and decorating the building ahead of the pope’s visit. Traces of burning inside the church were left untouched, a reminder of the fragility of the Christian community in Iraq.