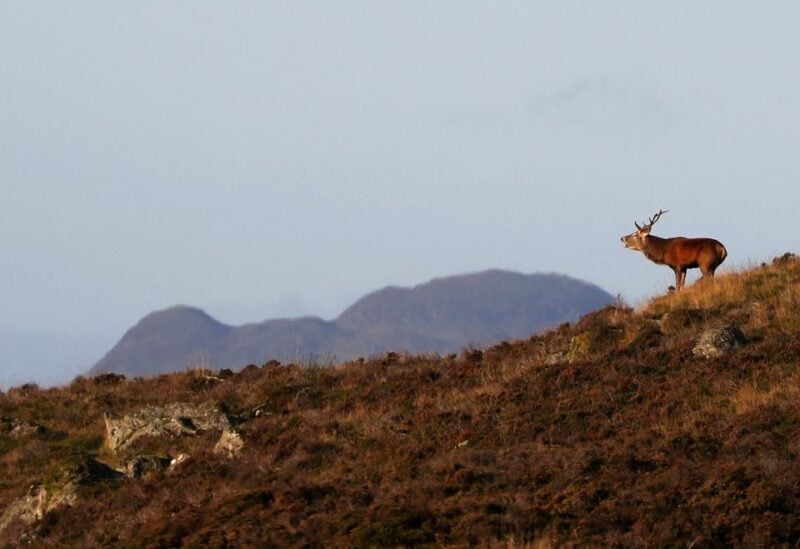 Drugmaker Valneva is placing a large wager on a vaccine as it looks past dismal sales of its COVID shot as more cases of tick-borne Lyme disease are being brought on by climate change.

Although Valneva received regulatory permission from the European Union and the British government, both organizations terminated contracts totaling more than a billion dollars, erasing approximately 40% of the value of Valneva’s share price in the previous six months.

The French firm had touted its COVID-19 vaccine as a traditional alternative for people who had refused shots based on newer messeneger RNA (mRNA) technology, which teach cells how to make a protein that will trigger an immune response.

But unlike the fierce competition with major international drugmakers such as Pfizer, Moderna and AstraZeneca to roll out vaccines to tackle the coronavirus pandemic, there are no established rivals for either Lyme disease or Chikungunya.

As climate change leads to longer summers and milder winters in many parts of the world, including Europe and North America, infections which spread through so-called vectors, such as ticks and mosquitoes, are escalating, according to the European Centre for Disease Prevention and Control.

Valneva Chief Executive Thomas Lingelbach said there has been a significant increase in the prevalence of disease-causing vectors. “Global warming is certainly a key – if not the driving force,” he told Reuters in an interview.

The company, based in Saint-Herblain on the outskirts of Nantes in south-west France, is preparing to start a late-stage human trial for its experimental vaccine against Lyme disease and will soon submit its vaccine against Chikungunya for U.S. approval after a successful late-stage study.

The Lyme disease vaccine trial will start in the coming weeks, involving at least 5,000 people over the age of five.

Lyme disease is usually caused by poppyseed-sized ticks which carry the bacteria. While most bites do not lead to an infection and not every person infected has a characteristic rash, some find out later they have the disease.

But by this point, standard antibiotic treatment can become ineffective and if untreated, some patients can go on to develop serious complications, including brain inflammation.

Chikungunya is spread through the bite of an infected mosquito, largely in the developing world including Africa, Asia and the Indian subcontinent.

While rarely fatal, the viral disease is characterised by intense muscle and joint pain that can last months or years.

If approved, Valneva aims to sell its Chikungunya shot as a travel vaccine in the developed world, and to populations in low- and middle-income countries. Rx Securities analyst Samir Devani expects it to generate peak sales of $250 million.

Valenva expects that, if successful, the Lyme disease vaccine, known as VLA15, will generate annual global sales of $1 billion, given burgeoning tick populations, rising infection rates and the incidence of long-term complications.

That could prove transformative for Valneva, which generated 350 million euros in revenue last year.

The COVID-19 pandemic and recent outbreaks of monkeypox outside Africa, where it is endemic, have shored up interest in vaccines for infectious diseases among drugmakers and investors.

Endemic diseases which are either chronic or prone to acute periodic outbreaks are a major public health challenge for the developing world and a “huge opportunity” for vaccine makers, David Pinniger, healthcare fund manager at Polar Capital, said.

This is reflected in the fund’s portfolio, which includes shares in Valneva, AstraZeneca and Bavarian Nordic, which makes the main approved monkeypox vaccine.

In June, Valneva was given a major boost when Pfizer bought an 8.1% stake for 90.5 million euros ($92 million), to co-develop the Lyme disease vaccine.

Valneva’s VLA15 is not the first Lyme disease vaccine to be developed. SmithKline Beecham, which later became GSK, secured U.S. approval for its LYMErix shot in 1998.

But challenges including a lukewarm recommendation from a key U.S. advisory committee, unfounded safety concerns and growing anti-vaccine sentiment, led to paltry sales.

The vaccine generated just $5 million in 2001 and it was withdrawn from the market a year later.

Valneva and Pfizer are banking on how much things have since changed, with infection rates now at half a million cases in Europe and the United States each year.

The hope is that VLA15 could help people who live in rural areas and other places where ticks are endemic, Lingelbach said.

VLA15 is designed to attack multiple strains of bacteria, rather than just one as was the case with LYMErix.

There is also a greater scientific understanding of Lyme disease, while celebrities including Justin Bieber and Amy Schumer have made their struggles with it public.

“Their word carries some weight,” Sam Telford, a professor at Tufts University who helped run the LYMErix clinical trial, said.