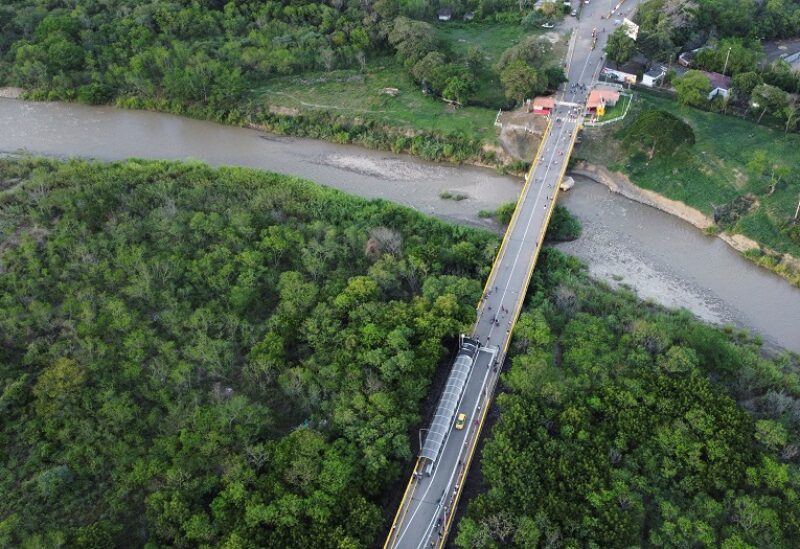 After years of impasse, Colombia and Venezuela on Monday reopened their border .

“This is a historic day for the country, for the region and for the Americas in general,” Petro said.

On foot, Petro crossed the Simon Bolivar international bridge, dividing the Venezuelan town of San Antonio from Colombia’s Cucuta and Villa del Rosario. Having crossed the border, he met with a Venezuelan delegation including Transport Minister Ramon Velasquez and Industry Minister Hipolito Abreu.

Petro and the Venezuelan delegation accompanied the first cargo truck to cross the border after the reopening.

“I want the first people who benefit to be those who live on either side of the border, those who risked (illegal crossings),” Petro said in later comments.

“The result should be a qualitative jump in human rights all along the Colombian-Venezuelan border,” he said.

Petro said that a second road bridge near Cucuta would open within weeks.
Colombia and Venezuela end border dispute
Why were border crossings closed to trade?
The Simon Bolivar bridge had officially been closed to trade for nearly seven years. Venezuelan President Nicolas Maduro ordered border crossings closed in 2015 during what he described as a crackdown on smuggling.

Cargo transport had previously only been allowed through one northern crossing.

In 2019, tensions between the two countries rose after the Colombian government attempted to deliver truckloads of aid to the Venezuelan opposition.

The border was then shut down for a year. It was then reopened to traffic by foot.