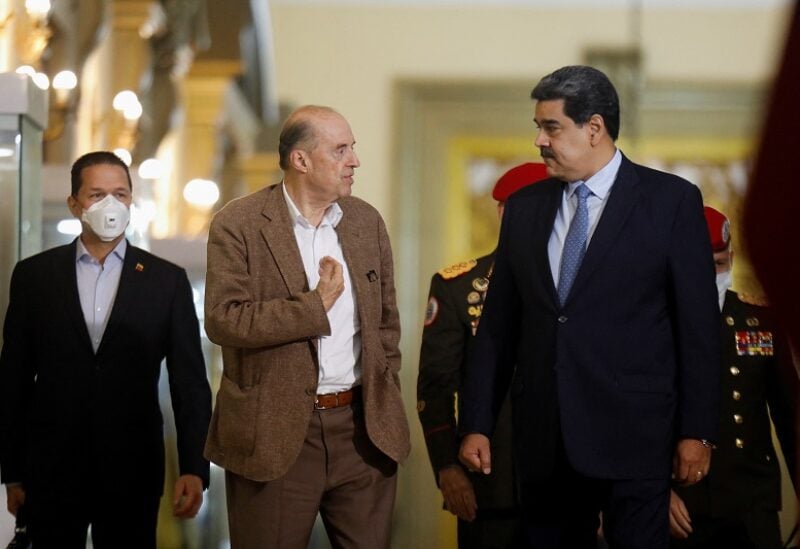 With Venezuela, Cuba and Norway are to serve as guarantors for the talks, the Colombian government and leftist guerrilla group the National Liberation Army (ELN) have announced plans to restart peace talks suspended since 2019.

The two delegations met in the Venezuelan capital, Caracas, where ELN commander Antonio Garcia said the negotiations would recommence “after the first week of November.” A place for the talks has not yet been announced.

A joint statement from the delegation emphasized the importance of the participation of civil society groups for the process to succeed.

The peace talks were suspended in early 2019 under then-President Ivan Duque when an ELN bomb attack on a police academy in Bogota killed 22 people.

The 2016 peace deal between the Colombian government of then-President Juan Manuel Santos and FARC rebels left ELN as the nation’s largest guerrilla group, although FARC dissidents who rejected the agreement remain active.

The deal gave the rebel group 10 seats in the Colombian Parliament and the possibility of forming its own political party. FARC leaders who collaborated with a transitional justice system avoided prison sentences.

ELN commander Garcia hinted that his group was looking for political and economic changes in return for laying down their arms.

“The way to look for peace is not just by thinking about weapons but by attacking the root causes of this conflict which are inequality and the lack of democracy,” Garcia said.

It is accused of forcibly recruiting minors, drug trafficking, murders, kidnappings and bombing attacks. It is designated as a terrorist group by the US and the European Union.

In a statement, UN Secretary-General Antonio Guterres strongly commended the Colombian government’s decision to resume peace talks and said the “resolution is critical for expanding the scope of peace in the country.”

Guterres also said the UN was ready to assist with the talks as required, according to the statement.

Colombia’s peace talks with the ELN were facilitated by the Venezuelan government after President Petro recently reestablished diplomatic ties with Caracas.