Colombia marks month of demonstrations as talks with government stall 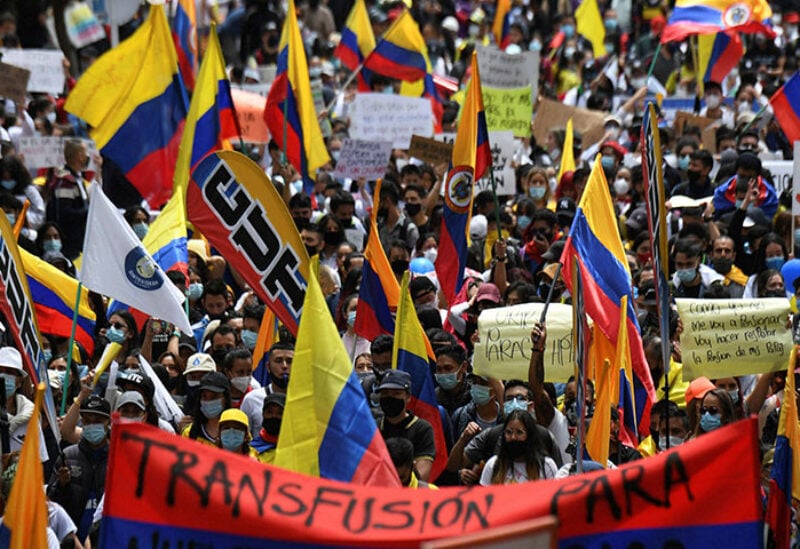 Demonstrators were set to march in cities across Colombia on Friday, marking a month of widespread protest, while talks have halted between the government and the national strike committee.

“We regret the government cannot provide us a document of guarantees to exercise peaceful protests in Colombia,” Francisco Maltes, president of the Central Union of Workers (CUT), said in a video message late on Thursday.

Demonstrations began on April 28, pushing the government and lawmakers into shelving tax and health reforms and leading to the resignation of former finance minister Alberto Carrasquilla.

This week the government and the national strike committee of unions, student groups and others reached the pre-agreement.
The government on Thursday issued a statement attributing its delay in signing the deal to some protest leaders not agreeing in to condemn road blocks.

“This requirement is not new … for the government this point is not negotiable,” it said, adding talks will resume on Sunday.

Blockades have let to shortages of food and other supplies, boosting prices, and have disrupted operations in the country’s main seaport as well as for hundreds of companies.

Since withdrawal of the tax reform at the start of the month, protester demands have expanded to include a basic income, opportunities for young people and an end to police violence.

Violence has marked demonstrations over the last month. The government says 17 civilian deaths are directly connected with marches, while human rights groups claim dozens more civilians have been killed by security forces. Two police officers have also died during the protests.