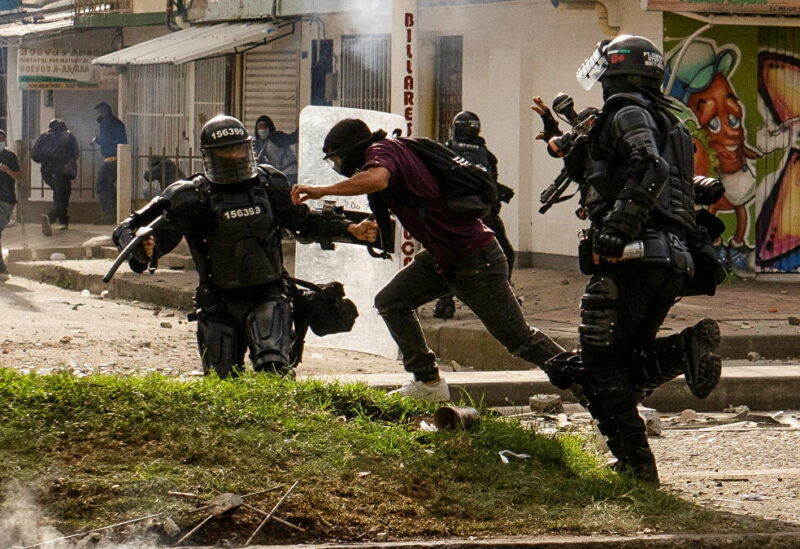 Two blasts at an airport in the Colombian border city of Cucuta, led to the killing of teo policemen on Tuesday.
The attacker was also killed when the explosives he was carrying detonated as he tried to jump over the fence around the runway at Cucuta international airport.
Colombian Defense Minister Diego Molano said “terrorist groups” that operate in the city, which is situated on the border with Venezuela, appeared to be behind the incident.
According to the police, the first explosion was reported at 5 a.m. local time when a man carrying the explosives tried to climb over the fence that separates the runway at the airport from one of the city’s neighborhoods.
The second blast took place an hour later when “explosives experts went to scout out the area and identified a suitcase,” which also exploded, Colonel Giovanni Madarriaga, head of the Cucuta police force, told the media.
‘Heroes’
Two officers of the police’s anti-explosives unit were killed in the second blast. The officers were later described as “heroes” by Colombian President Ivan Duque.
Police said it was still not clear whether the explosive the unidentified assailant was carrying detonated ahead of time or the blast was a case of suicide bombing.
Some homes also reported damage from the blasts.
Flights were suspended and passengers were evacuated from the airport.
A reward of approximately $25,000 (€22,000) is being offered by the authorities for any information on the blasts.
The region bordering Venezuela has seen at least five attacks in the last six months, including Tuesday’s bombing.
In June, President Duque’s helicopter was shot at during a visit to Cucuta. No one was harmed in the incident.