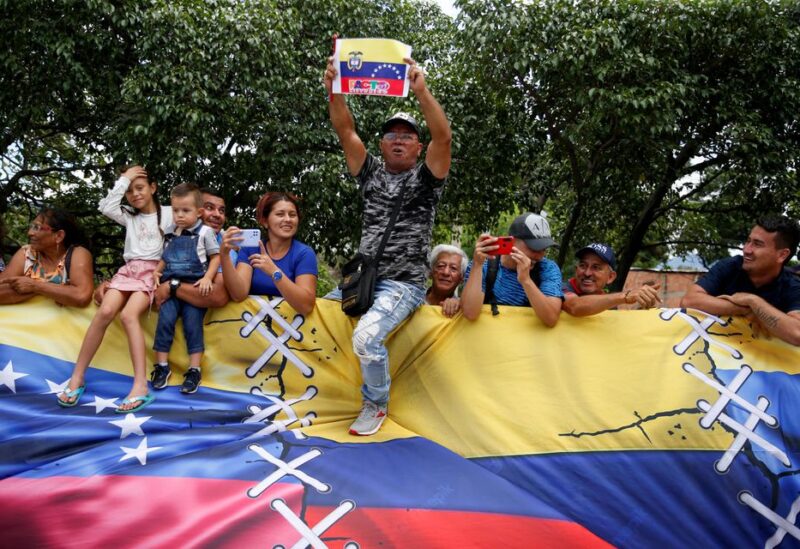 Colombia and Venezuela restored cargo transport at a major border crossing on Monday, potentially paving the way for billions of dollars in commerce after years of frigid bilateral relations and severely restricted commercial links.

The reopening, which will allow items like as coal, toilet paper, and fruit to flow between the Colombian city of Cucuta and the Venezuelan province of Tachira, was a key campaign promise of Colombia’s new leftist President Gustavo Petro.

Petro crossed the Simon Bolivar bridge on foot on Monday, standing on the Venezuelan side with his ambassador to Caracas Armando Benedetti, Venezuela’s ambassador to Colombia Felix Plasencia, Venezuela’s transport minister and other officials as they listened to military bands play each other’s national anthems.

“I want the first people who benefit to be those who live on either side of the border, those who risked (illegal crossings)…gangs of all kinds, multicriminals who could kill them, who could rape them,” said Petro in later remarks, referring to dozens of irregular crossings controlled by crime gangs and home to smuggling and drug trafficking.

“The result should be a qualitative jump in human rights all along the Colombian-Venezuelan border,” he said.

Petro told journalists there was no set date for his first meeting with Venezuelan President Nicolas Maduro.

TRUCK CROSSINGS HAVE BEGUN A truck loaded with rolls of aluminum and festooned with flags and red, yellow and blue balloons was the first to cross the frontier from Tachira into Colombia.

The first truck moving from Colombia to Venezuela, one of four belonging to company Transporte Condor, carried medical supplies.

Four of the company’s trucks were also set to move toilet paper, plastic glasses and textiles valued at some $80,000, manager Diego Bohorquez said.

The border was already open to pedestrians, with many Venezuelans crossing to buy basic goods as their country experiences a long-running economic crisis.

Cargo transport had previously only been allowed through one northern crossing. A second road bridge near Cucuta will open within weeks, Petro said.

Merchants on both sides of the 2,219-kilometer (1,380-mile) frontier have been eagerly awaiting the normalization, hopeful open trade will allow them access to raw materials and new customers.

Caracas broke off relations with Bogota in 2019 after Venezuelan opposition activists tried to send aid trucks from Colombia. Maduro’s government said it was a front for an attempted coup.

Previous governments in Bogota have accused Maduro of harboring Colombian rebel groups and criminals, accusations he has denied.

The two countries had said flights between their capitals would also restart, but U.S. sanctions against Venezuela’s state airline Conviasa have delayed them.