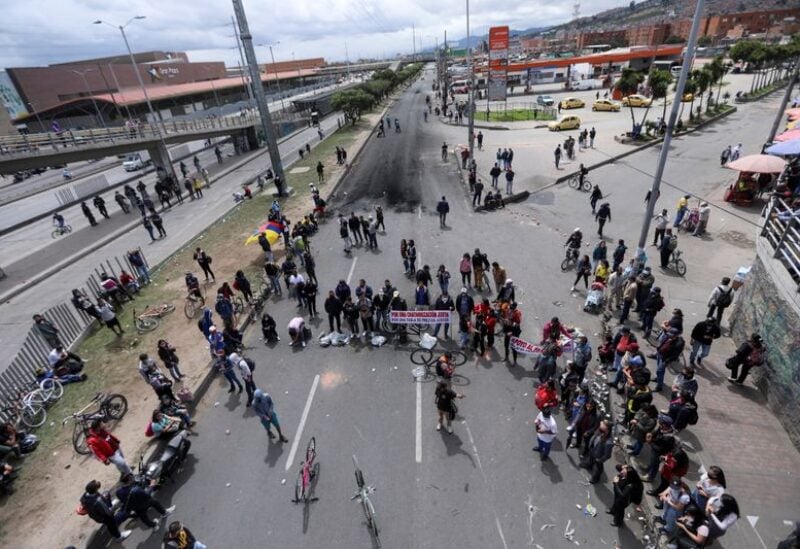 The syndicates and student groups will march on Wednesday in the capitals of the 32 provinces of Colombia, demanding concessions on government economic aid to the poor and to others following nearly one month of widespread protests.

Demonstrations that started last month have pushed the government and legislators to shelve tax and health reforms and have caused the former finance minister to resign.

They have been expanding their demands to include basic revenue, opportunities for young people and the end of police violence, including calls for the disruption of the ESMAD riot police force.

Wednesday’s protests will demand progress on what the national strike committee – made up of unions, student groups and others – refers to as emergency petitions.

The wide-ranging petitions include strengthening women’s rights, a moratorium on mortgage and utilities payments for four months, and repealing emergency measures protest leaders say have worsened working conditions during the pandemic.

Two police officers have also died in connection with protests, the government says.

As well as the deaths, the attorney general’s office said 129 people reported missing were still being sought and 290 others have been found. Rights groups say the number of missing is much higher.

The government of President Ivan Duque has underlined its respect for peaceful protest against an international condemnation of the security forces’ alleged use of excessive force while insisting on removing blocages that have caused shortages throughout the country.

According to the Defense Ministry, there are 73 active road blocks.

Most state owned Ecopetrol stated on Tuesday that it did not anticipate that blockages would affect its investment scheme during the year, but could not predict how long there would be protests.