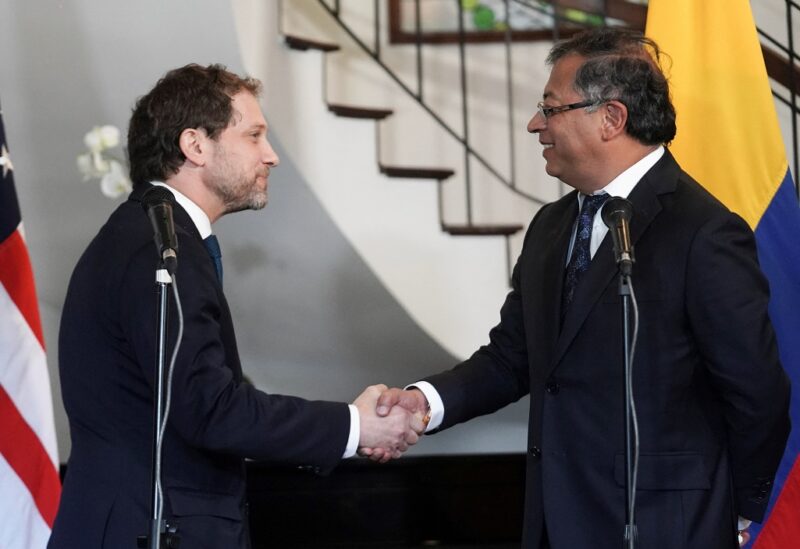 In a meeting on Friday in Bogota, the capital of Colombia, President-elect Gustavo Petro of Colombia spoke with officials from the administration of U.S. Vice President Joe Biden. Among the themes they covered were drug trafficking, the environment, and economic development.

Petro, a 62-year-old economist who will become Colombia’s first leftist leader next month, has harshly criticized the U.S.-led war on drugs. Petro ran for office on pledges to address extreme inequality and climate change as well as to negotiate a peace deal with any lingering Marxist rebels.

“This is a positive meeting because it shows the interest that exists in the government of the United States in Latin America and in Colombia,” Petro told journalists, as he was accompanied by U.S. principal deputy national security adviser Jon Finer.

The conversation between Petro’s team and the U.S. delegation focused on a full range of topics, Finer told reporters, including climate change, economic development and counter-narcotics.

Colombia is a top producer of cocaine and faces constant pressure from Washington to eradicate drug crops and tackle drug trafficking.

Petro and the Andean country’s truth commission have criticized the U.S.-led war on drugs, with the latter urging Colombia’s president-elect to lead a global conversation on changing drug policies, with a focus on regulation over criminalization.

Though Finer hailed talks with Petro and his team as positive, he told journalists at a later briefing that there would always be areas of disagreement, as in any of the U.S.’s relationships.

“The United States and the Biden administration is not supportive of decriminalization,” Finer said.

Petro has also raised concerns in Washington over his outreach to Venezuelan President Nicolas Maduro, who is under U.S. sanctions. The two have discussed reestablishing normal relations at their countries’ border.

The Biden administration will continue to recognize Venezuelan opposition leader Juan Guaido, Finer said, adding that restarting talks between Maduro’s government and Venezuela’s opposition could be a key focus for Petro and the United States.

“We think that also could be an area of common ground with the incoming administration, whether or not they take a different approach to their predecessors, as they’ve said they will, to a recognition and normalization with Maduro,” he said.