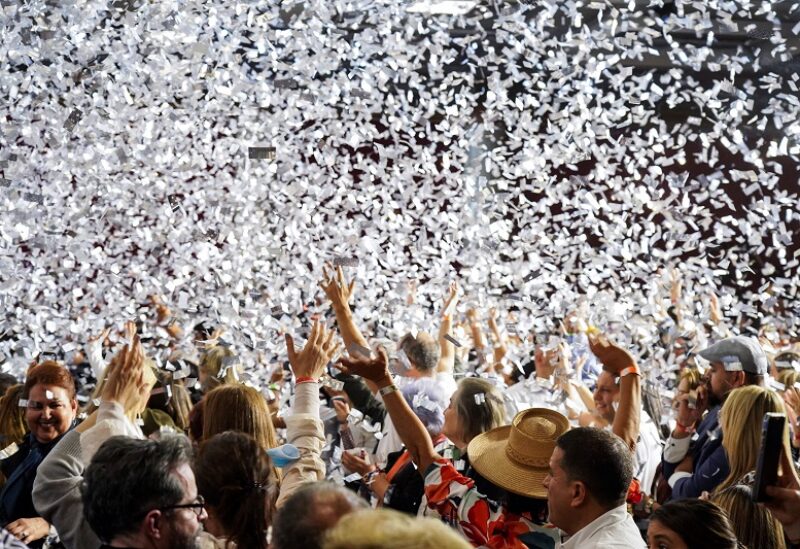 Supporters of Colombian left-wing presidential candidate Gustavo Petro of the Historic Pact coalition react after he came out on top in the first round of the presidential election in Bogota, Colombia May 29, 2022. REUTERS/Andres Cardona NO RESALES. NO ARCHIVES.

Left-wing candidate Gustavo Petro, and with 99% of the votes counted, has a lead of more than 2.5 million votes, garnering 40.30% according to the Colombian election body, not enough to win outright.

Petro, a 62-year-old legislator who was a member of the M-19 guerrilla group that demobilized in the early 1990s, later became a senator and the mayor of Colombia’s capital, Bogota. He was the runner-up in the 2018 election, when he was defeated by right-wing candidate Ivan Duque, and this is his third attempt for the presidency. Petro has pledged to redistribute the country’s pension system and end the extraction of oil, the country’s biggest export.

In the runoff, which is scheduled for June 19, Petro will face right-wing, anti-establishment populist Rodolfo Hernandez, who obtained 28.20% of the vote. The businessman and former mayor of Bucaramanga made a very surprising jump in popularity in the polls in recent weeks due to his anti-corruption speech and his popularity on social media.

“Today we know that there is a firm will of the citizens to put an end to corruption as a system of government,” said Hernandez after learning about the results.

“The citizens have won. Today Colombia has won,” said the candidate, who has drawn comparisons with former US President Donald Trump and Brazilian head of state Jair Bolsonaro.

The right-wing candidate, Federico Gutierrez, who was in second place throughout the whole campaign, lost momentum in the last few days when polls indicated that only Hernandez could beat Petro in the runoff.

Gutierrez, the former mayor of Medellin, was seen as representing the traditional political class with campaign promises not far removed from the current government’s policies that have failed to address widespread poverty and inequality.

During most of the campaign, it seemed that Petro would win comfortably in the second round, but experts say nothing is settled yet. However, this is the first time that a leftist candidate has had a real shot at becoming president of Colombia.

If Petro does win, it would mark another victory for Latin America’s left, which is governing much of the region including Mexico, Nicaragua, Venezuela, Peru, Chile and Argentina.