Colorado gunman killed six at party ‘as he was not invited’ 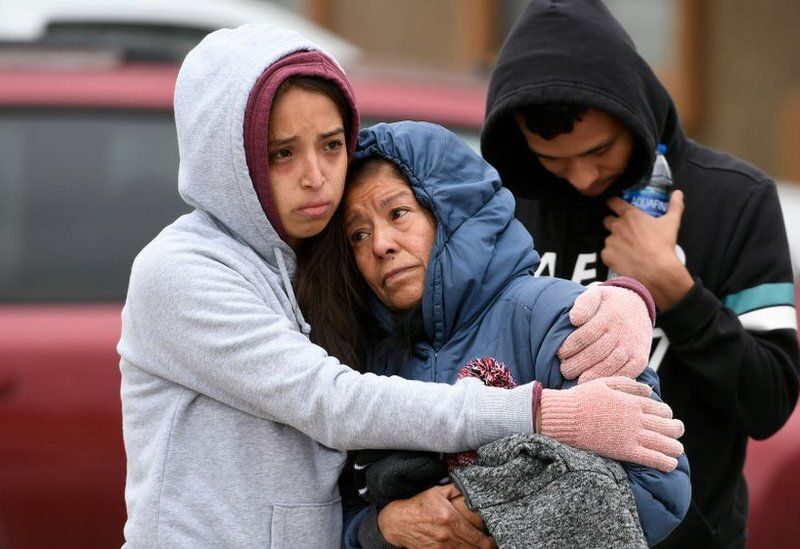 Colorado officials say the gunman who killed six people at a birthday party at the weekend was upset that he had not been invited.

Police say Teodoro Macias, 28, fatally shot his girlfriend, Sandra Ibarra-Perez, 28, and five relatives before turning the gun on himself.

The attack unfolded at the Canterbury Mobile Home Park in Colorado Springs early on Sunday.

The party was for three relatives, two of whom died.

The attack came less than two months after a mass shooting that left 11 dead at a grocery store in the north-central Colorado city of Boulder.

Police say the Colorado Springs gunman had a “conflict” with the targeted family at a separate event about a week earlier, and was a jealous boyfriend.

“At the corner of this horrendous act is domestic violence,” the Colorado Springs Police Chief Vince Niski told a news conference on Tuesday.

He added: “When he [Macias] wasn’t invited to a family gathering, the suspect responded by opening fire.”

He said the killer had “displayed power and control issues”, and had been in a relationship with his girlfriend for about a year. He had no criminal record.

Three teenagers left the party to get an item from a neighbour shortly before the shooting unfolded and returned to the trailer after the attack, police Lt Joe Frabbiele told a news conference.

Three children, aged two, five and 11, witnessed the shooting, and were not physically harmed, said police. Seventeen bullet casings were found in the mobile home.

On Tuesday, Colorado Springs police identified the other victims:

Nubia Marquez, the sister of Melvin Perez and the daughter of Joana Cruz, told the Colorado Springs Gazette the trio had shared the same birthday week and “had always liked celebrating them together”.

She attended the party at the Cruz family trailer park home with her husband, Freddy Marquez.

But the couple told reporters they left around 22:00 local time on Saturday night.

The shooting took place shortly after midnight, in the early hours of Mother’s Day.

Mr Marquez paid tribute to his mother-in-law, telling the Gazette that Mrs Cruz was a “loving” and “hard-working” mother of four who was “always laughing” and had raised her children to be “great people”.

Mr Marquez told the Gazette the shooter was a “quiet” and “serious” man who always carried a gun with him.

According to police, the semi-automatic pistol was not legally owned by the attacker.

In a statement on Sunday, Colorado governor Jared Polis denounced the “terrible act of violence”, noting it had taken place when “many of us are spending the day celebrating the women in our lives who have made us the people we are today”.