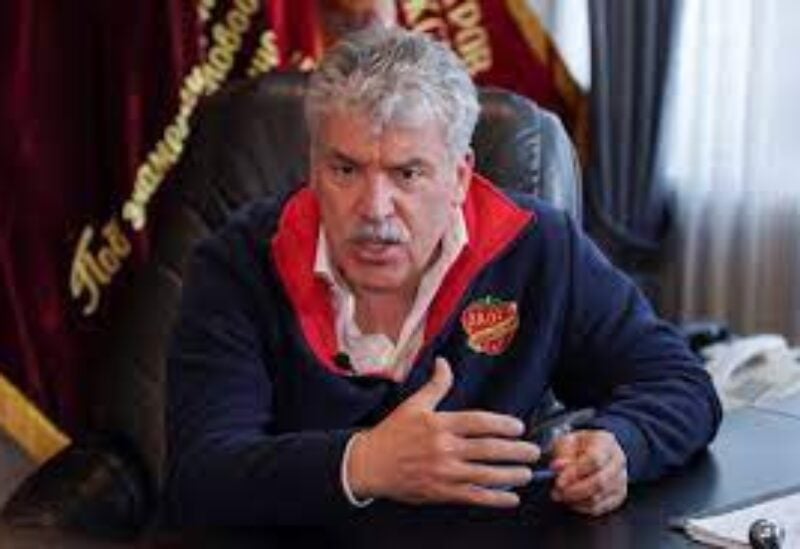 A rich Communist strawberry tycoon who finished second to Vladimir Putin in the previous presidential election has accused officials of using his family against him in order to prevent him from standing for parliament this week.

Pavel Grudinin, a former Putin supporter who stood against Putin in 2018 and received over 8.5 million votes, has long been regarded as a prospective leader of the Communists, parliament’s second-largest party.

Grudinin, however, will not compete in the parliamentary election scheduled for September 17-19 after the Central Election Commission (CEC) declined to register him in July.

It did so after his ex-wife Irina wrote to the CEC to flag what she said was her ex-husband’s ownership of a foreign asset, which he and the Communists denied. It is illegal for electoral candidates to have foreign financial interests.

“When you are betrayed by your relatives, it’s always bad,” Grudinin told Reuters in an interview at the Soviet-era Vladimir Lenin strawberry farm which he runs outside Moscow.

“We are being ruled by nasty pieces of work. These are underhand methods. This is the work of scum because you shouldn’t involve women and children in any war.”

The Kremlin and United Russia party deny any role in the CEC’s candidate registration process and the election commission says it is a non-politicized body guided by Russian law alone.

Lawyers for Grudinin’s ex-wife Irina told a news conference in July that she wanted to derail her ex-husband’s election run because she was worried he would use political power to hurt her business or other interests, or those of their son Artyom.

In a letter she wrote to the CEC published in the Russian press at the time, Irina Grudinina said her attempt to stop her husband was “a cry from the soul”.

Neither she nor Artyom replied to a request for comment.

The CEC said it had based its ruling to bar him on documents from the Prosecutor General’s office showing he owned a stake in Bontro, a company registered in Belize. Grudinin told Reuters the documents were not originals and false.

He acknowledged he had once been a co-owner of Bontro, through which he and partners controlled a stake in the strawberry farm he runs. But he said he disposed of his stake in 2017 and the company was shut down the following year. He said he had no relationship to a company now listed in the Belize corporate register under the same name.

His ban from the election broke an unspoken rule of Russian politics in the Putin era, that the Communists were given leeway when it came to picking candidates as long as they avoided harsh criticism of Putin.

The pro-Putin United Russia party, which has won every parliamentary election since Putin took power, is widely expected to retain its dominance. But its popularity ratings have slid, and opponents say the Kremlin is working harder than ever to keep challengers off the ballot.

Allies of jailed Kremlin critic Alexei Navalny have urged Russians to vote for the Communists to hurt United Russia. Opinion polls show the communists are likely to retain their position as the second biggest party.

“The United Russia brand now generates irritation because all the deterioration in living standards in the last five years was linked to votes in the State Duma,” said Grudinin. “Since they (the authorities) have nothing else to say, they crack down on their opponents.”