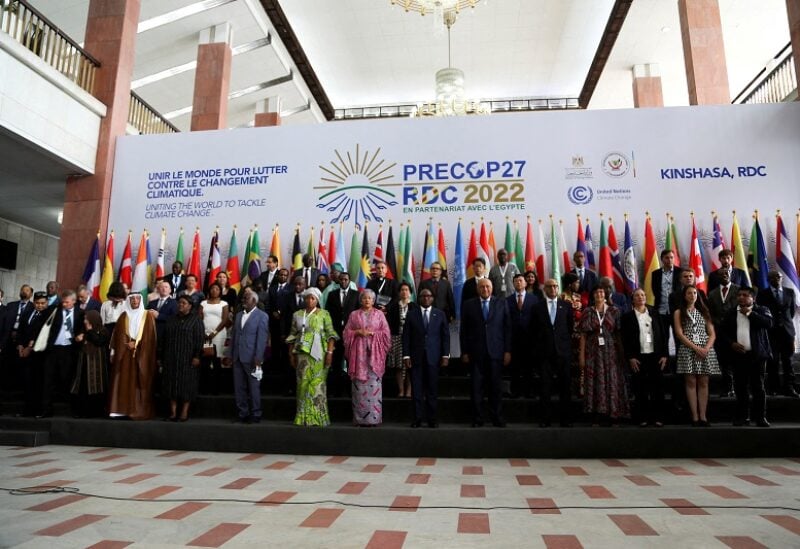 During the final meeting ahead of the COP27 climate summit in Egypt next month, the Hosting nation DR Congo on Monday, urged rich countries in particular to increase funding to combat climate change

“Unless a global effort is made … no one will escape,” Bazaiba said in Kinshasa. “We all breathe the same air.”

Egyptian Foreign Minister Sameh Shoukry stressed the need for more money, specifically mentioning a promise originally dating back to COP15 in Copenhagen in 2009, to provide developing countries with $100 billion (€101.7 billion) per year for projects to combat climate change.

Bazaiba argued that such investments should no longer be classified as development aid by wealthier nations but rather as an investment in humanity’s future.

Deputy UN Secretary-General Amina Mohammed warned that “all indicators on climate are heading in the wrong direction.”

Guterres listed recent natural disasters and other climatic difficulties around the world, saying humanity faced “a life-or-death struggle for our own safety today and our survival tomorrow.”

“A third of Pakistan flooded. Europe’s hottest summer in 500 years. The Philippines hammered. The whole of Cuba in black-out. And here, in the United States, Hurricane Ian has delivered a brutal reminder that no country and no economy is immune from the climate crisis,” Guterres said.
Delegates from 50 countries are attending the talks preparing for the major UN summit in Sharm el-Sheikh from November 6-18, including the US’s climate envoy John Kerry, who was scheduled to hold talks with Congolese President Felix Tshisekedi on Tuesday.
The hosts’ Environment Minister Bazaiba told Reuters news agency before the talks that because “the G20 is responsible for 80% of the pollution in the world, … the real debate of this pre-COP and COP27 is the responsibility of the polluting countries.”

Both Guterres and his deputy Amina Mohammed made similar comments on Monday, with the UN’s top official saying commitments from the G20 group of the world’s biggest economic powers “are coming far too little, and far too late.”

Delegates at the last COP26 summit in Glasgow had sought action on a mechanism for richer countries to pay compensation for damages attributable to climate change. But richer countries balked at the suggestion and instead a pledge to start a “dialogue” on the issue was made.
Congo is arguing that it can be a “solution country” for climate change by protecting its vast rainforests, which act as a carbon sink.

“What should we do in this circumstance,” Environment Minister Bazaiba asked, “let our children and small children die of hunger? As much as we need oxygen, we also need bread.”

Congo has also said it will try to minimize the environmental impact by using modern drilling methods and tight regulation.

Probably the main outcome of the previous COP was the pledge to try to limit global warming to 2 degrees Celsius versus pre-industrial era levels. Egypt has said the main focus of COP27 should be on implementing this pledge.